In Solidarity with Neglected Wounded Revolutionaries, A Man Sets Himself on Fire

Oh Lord! To this extent the situation got intolerable in Yemen! A man set himself on fire in front of the cabinet in Sanaa today, in solidarity with neglected wounded protesters of 2011 uprising.

The burned man is Munif al-Zubairy, a poet and writer, and was not of the wounded protesters. He has joined the ongoing demonstration in front of the cabinet for the past one week to protest against the governmental neglect to give decent medical treatment to wounded revolutionaries. 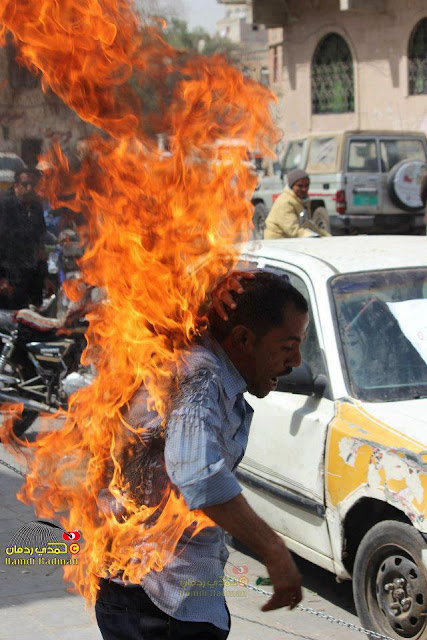 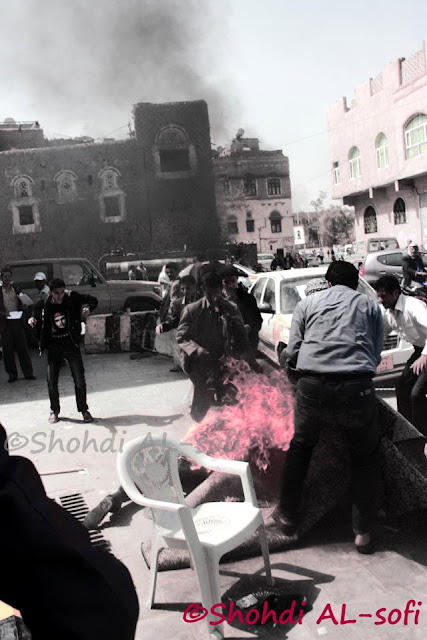 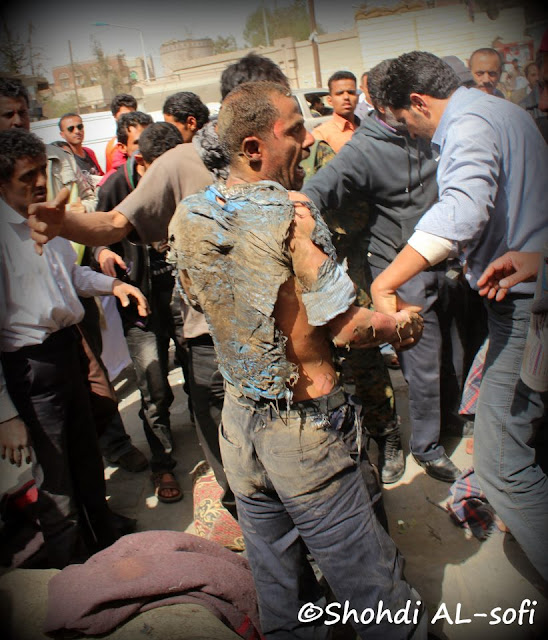 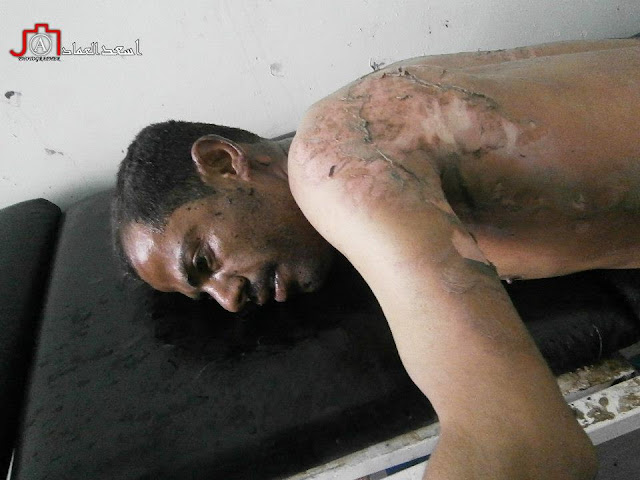 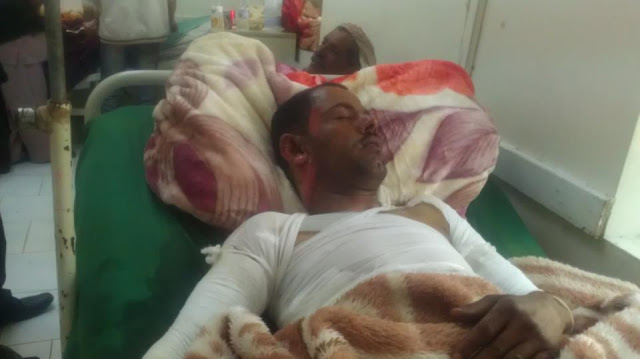 Shocking images of Munif has spread like fire over social media websites but I hope those political leaders have bothered to see them. Munif was rushed to the hospital and he managed to survive. Though, he suffers from sever injuries. "I want us to have a second revolution," he shouted while he was setting himself on fire, today.


This is not the first time a person protest in such way. Between end of 2010 and beginning of 2011, a young man has set himself on fire in al-Baydah province to protest after economical and social problems. He was more accurately influnced by Bouazizi from Tunisia. Two years later, after the revolution, it seems like nothing has improved. In fact, it's getting even worse! 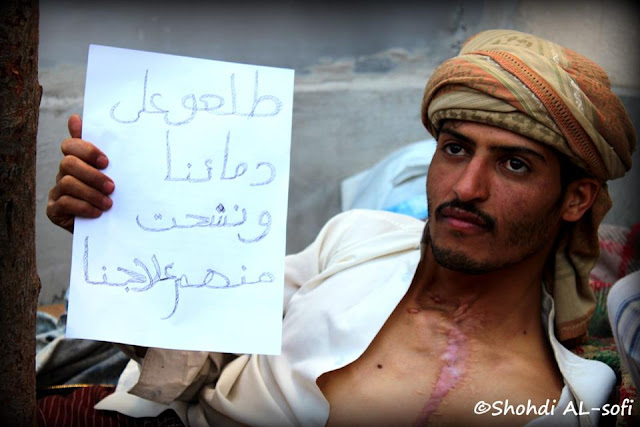 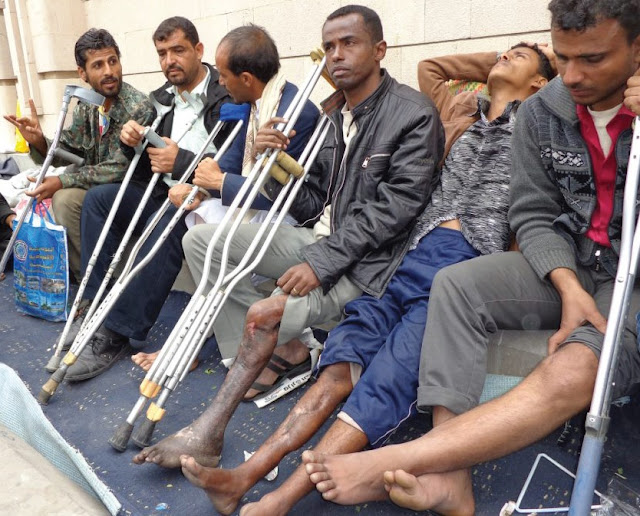 There is no confirmed number of how many wounded protesters are there but it is estimated around 8000 people have been wounded since the uprising took place in January 2011. A great number of these wounded revolutionaries have been demonstrating 24/7 in front of the cabinet since one week ago; demanding that the current government must guarentee them decent medical treatment that they definitely can't afford.

While donors have poured money to the current government for the past one year, the government never gave the needed attention to the urgent cases like those wounded revolutionaries.

The international media keeps on portraying that "thanks to the GCC deal" Yemen has escaped a civil war and that "Yemen is on the verge of civil war" and things like that... the fact is, Munif represents Yemen that is setting itself on fire because things have been too much!