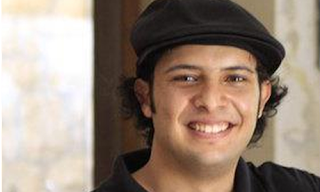 Ibrahim Mothana, a Yemeni political and social activist, and one of the most prominent outspoken writers who has extensively written on the impact of US drone strikes in Yemen, died today after a sudden cause of death in his home. He was 24.


At a very young age, he was able to make a huge difference for Yemen that no one else could have ever done. At 24 years old, he was named by Action on Armed Violence among the 100 most influential people in armed violence reduction, due to his diligent and brilliant efforts in addressing the intensifying air strikes campaign by the CIA's drone strikes in Yemen. Last April, he was invited to testify before a US Senate sub-committee examining the legality and wisdom of the drone campaign, which he was not able to do and later published his written testimony.


In Yemen's contemporary history, Mothana was among the few Yemeni natives speaking in English who confronted the international community; reforming dozens of misconceptions about the country's politics and general status. He has well-represented Yemen in tens of international arenas, while official politicians failed to. He had so many dreams for Yemen and was looking for a progressive political situation in Yemen. Hence, he co-founded the newly established political party, Al-Watan Party after Yemen's 2011 uprising.

Mothana was in the process of several projects besides managing the Al-Watan party's matters. He was almost done with writing his first book - not clear if it'd be published soon or not. Also, he was in the process of conducting an innovative project in cooperation with Lund University in Sweden, with a focus on Yemen's coming elections next year.


In 2010, he became the youngest member of the Advisory Committee of the Arab Thought foundation based of his background as a young writer and community worker. He was also one of the British Council's Global Changemakers youth who were exerting great impact in their communities.

Mothana truly believed that he had the responsibility to make a change for his community and he has stated that in his piece published on the Global Changemakers website, "I realise now that I am not in this position to represent my own views but also the millions of young people under the age of 25 living in the Arab world. I am responsible for making the voices of young people heard and helping create solutions for the problems they face within the Arab region. I agree with the words of Albert Pike: ‘What we have done for ourselves alone dies with us; what we have done for others and the world remains and is immortal’."


I try to hold my tears while blogging this because I knew Ibrahim Mothana very well. He was a friend, a brother and one of my best role models. I'm still in a disbelief that we no longer have him in this world!


I pull myself together and continue to blog because Mothana must be immortalized. We must remind Yemen's youth and the coming generations of this exceptional young activist who made Yemen proud with all his great accomplishments. He was and will always be such an inspiration!


Ibrahim Mothana died but his legacy shall live for ever! Rest in peace my dear friend, Ibrahim!

Have a look at the brilliant and insightful mind he had..his talk at TedxSanaa, 2012.