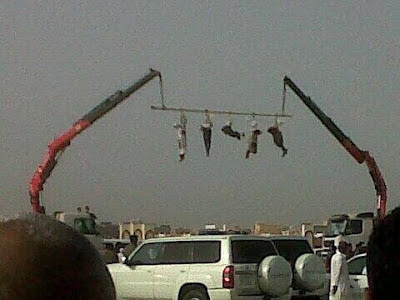 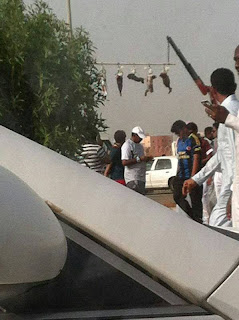 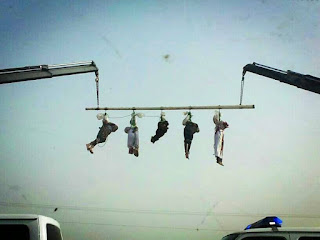 "This is how Saudi Arabia executes convicted criminals.

The 5 executed yesterday were Yemenis convicted of armed robbery. This grisly hanging was conducted in Jizan, an ethnically Yemeni area of Saudi Arabia. I presume the grotesque public spectacle was meant as a warning to the restive tribes in the area. " -- Haykal Bafana