Children with special needs are a true investment

What if a nation overlooks on around one and a half million of its citizens who would be a real estate of its overall development? No logic, no religion and no reasoning would allow that to happen. The one and a half million citizens mentioned, according to official statistics, are Yemen’s mentally disabled people who would be with a bit more attention paid to them, a great investment to the whole country. They are truly undiscovered treasure, waiting for more attention to unfold their capabilities. 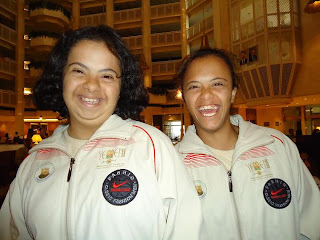 As a result of an obvious and concrete increased support to those children in Yemen, Special Olympics Yemen (SOY)was established in 1998, by by Dr. Eman Hashem Engad, the Executive President of the SOY. The Olympics is only for mentally disabled children and gives them the chance to be athletes and get involved in a variety of sports and activities. It offers 10 sports; Athletics, Bocce, Powerlifting, Softball, Floor Hockey, Football (Soccer), Volleyball, Table Tennis, Handball and Basketball.

Dr. Iman started everything from scratch and led it to be today a great success. She established “The Iman Center for Special Needs Children” to foster children with special needs. “When it first started, the center fostrted one kid only and today we have around 4,000 children registered. We already obtained 39 medals in international and regional competitions,” said Dr.Iman.

In 1998, SOY was born, aiming to let the center’s children be present and participate in athletics occasions. It’s believed that at that time, the center was one of its kind. It was mainly specialized in the fields of mental disabilities , accordingly, it established SOY, focusing mainly on mentally disabled kids. It took 5 years for the center to expand its work across the capital city, Sana’a and have branches for girls and boys within the city. 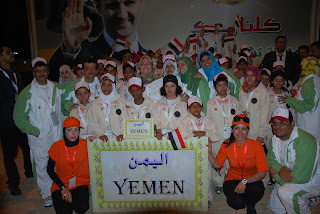 Dr. Iman individually managed everything and later on it was authorized by the government, receiving an annual budget from the government. The authorization happened after the president for the International Special Olympics along with the President of the Regional Special Olympics visited Yemen. They were looking for people who were working on mentally disabled people’s issues in Yemen. They were surprised to find the Iman Center only across Yemen is working on mentally disabled people’s issues. It all happened in quarrel; the establishment and the officials visit. Those two factors worked hand in hand and boosted the Center and SOY presence. The officials wanted the center to expand its work and establish Special Olympics for mentally disabled children. Then, Dr. Iman focused on the center and worked harder to get funds to establish the Olympics and let the children participate in international champions. 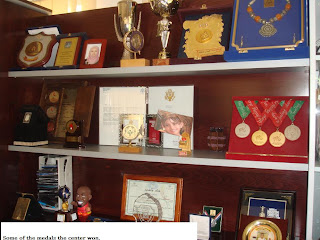 “The first participation for the center was in 1999 in North Carolina in the United States of America, with only one kid who didn’t even know how to swim but we had to be internationally present. Our last participation was with 70 kids in 2010 in Syria. That’s a simple way to measure the center’s sucess,” said Abdusttar al-Hamdani, The National Director of SOY .

During the establishment the center was about to close due to financial problems and difficulties. However, Dr. Iman reached the Fostering Disabled Children Fund and Social Affairs and Labor Ministry and authorized the center program as a sportive event specialized for mentally disabled kids.

The support was just good enough to let it not die. She invested the little fund she received to cover the trips expenses and she covered the other expenses from her personal pocket. With the passage of time, the work expansion and the increasing number of volunteers, the center needed more funds. There had to be a huge step in the SOY’s life. 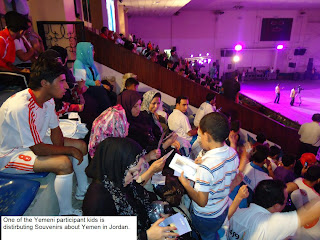 “We truly needed someone extremely influential and Mr. Faris al-Sanabani was the answer. The center reached him to rescue the program and he became the chairman of board in 2008. He operated the program while it was very weakening. The governmental involvement was not really enough. When Mr. Faris came it was like a refresh. Media-wise, he boosted the program while it was about to vanish. After his catering, our participations doubled and were boosted. He came just before our participation in Abu-Dabi in 2008 and we made it. Thanks to his work and effect the program was authorized among the sportive programs that were specialized to rehabilitate the mentally disabled kids sportively,” said Abdusttar.

Today, the center has a fixed financial budget from the government and the Olympics enjoy a special welcoming treatment from concerned Ministries and other governmental institutions. “The ministries now give us real support. In all our trips and international participations, they just keep supporting us,” added Abdusttar.

Internationally, SOY has already participated in summer and winter international championship. Since 1999 SOY participated in America, Ireland, Japan, China, America and coming is in Greece and Korea. Regional participation were in Egypt, Lebanon, Morocco, Tunisia , Dubai, Abu Dhabi and Syria.

They are now planning to establish the fifth national champion in Aden, right after the 20th Gulf Football Cup, scheduled to take place in Aden and there is comping participation in Athena, in July, 2010. 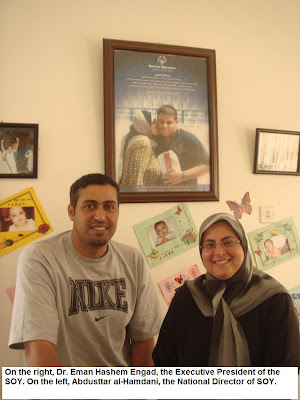 However, what matters the most to the Center is that the public must know that voluntary work is so important in this domain. Those kids need a tremendous help and not only funds are what they need. Social awareness is essential about dealing with mental disability.

The center had some of the great volunteers who were wholeheartedly working without waiting for any profit. “We went through difficult times when we started. Administrative work was very important and we had many remarkable volunteers who gave their heart and soul without waiting for any profit. They were the really support. Suzan Hashem, Wafa’a al-Riyashi, Boushra al-Ghaili were our extraordinary volunteers, “ explained Abdusttar.

“It’s not a waste to pay attention and fund to those children. They are unbelievably capable to be heroes and flourish in the society. If we just give them the chance, they would definitely contribute to the country’s development. They are truly undiscovered treasure,” concluded Dr. Eman.