Seyaj determines a child’s death cause on her wedding night 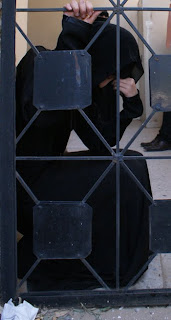 Seyaj organization for children protection sent a letter to the Attorney General of the Republic of Yemen, demanding an autopsy on the body of child “Karima Mohammed Yahya”, the 13-year-old girl who died couple weeks ago after her wedding. That is to examine the reason behind her death.

Attorney General of the Republic of Yemen, Dr. Abdullah Abdullah Alolufee. The letter enquired the causes of the child’s death Karima and referred that the death cause might be a complication of the cruel sexual intercourse she did on her wedding night. According to Volunteers and Monitoring Unit, the Judicial Support at Seyaj organization and local officials, the child victim›s body is staying in a freezer at Hospital Alolufee in Hodeidah governorate.

The letter also mentioned that Karima is from Alhobbiah village in Hodeidah. She died in her husband’s house after her wedding to him on Sunday evening, 13th of June, in unclear circumstances that were not explained for time being.

Therefore, Seyaj requested his Excellency, Dr. Abdullah Abdullah Alolufee to immediately investigate the case and make an autopsy by specialized experts from his office to determine the death’s causes and to take necessary legal action which was urgently needed. At the end, the letter was signed by Seyaj’s executive director, Ahmed AL- gorashi.