Yemen's Peace Talks - Congrats, you have an all male panel!

Keep on excluding women, "half" of the society, and you'll end up with "half" peace, idiot patriarchal male politicians! #yemen
— Afrah Nasser (@Afrahnasser) June 15, 2015

To continue the conversation about my previous blog post, the low, if not the non-existence of women's participation, in Yemen's peace talks in Geneva, and inspired by Congrats, you have an all male panel!, this post comes to light. 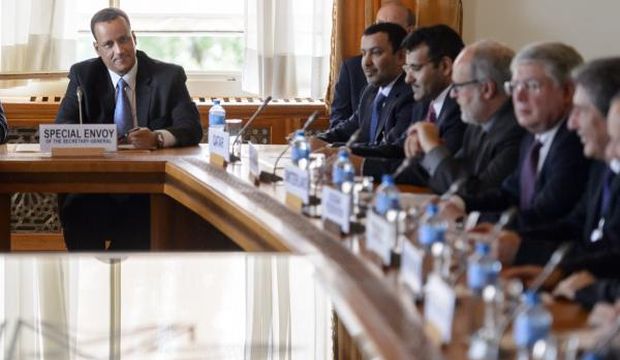 UN Special Envoy for Yemen Ismail Ould Cheikh Ahmed (L) meets the Group of Sixteen Ambassadors during a preparatory meeting on the eve of the Geneva Consultations on Yemen at the European headquarters of the UN, in Geneva, Switzerland, on June 14, 2015. ––> 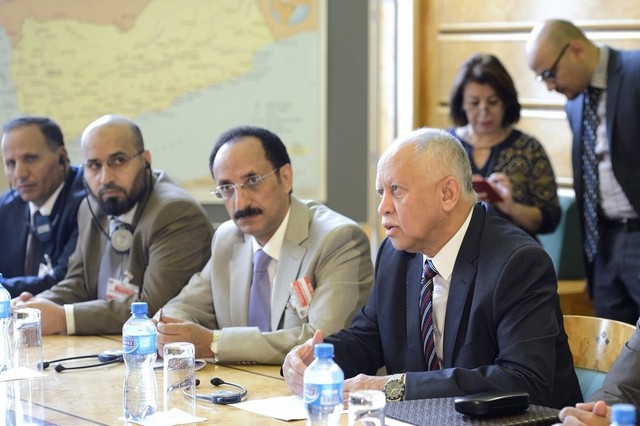