Investigative Yemeni Journalist: 'Siege imposed on Yemen is Houthi-made rather than a Saudi-made one'

Investigative Yemeni journalist, Mohammed Al Absi reports that siege imposed on Yemen is Houthi-made rather than a Saudi-made one. Al Absi –who's regarded as one of the top investigative Yemeni journalists and whose critical work has led him to prosecution two years ago after his sharp investigative work– has published on his Facebook/blog a document that proves that the Houthis are manipulating the issue of the siege imposed on Yemen, which is lifted already, for their interests. The following is a translated version into English of his post. 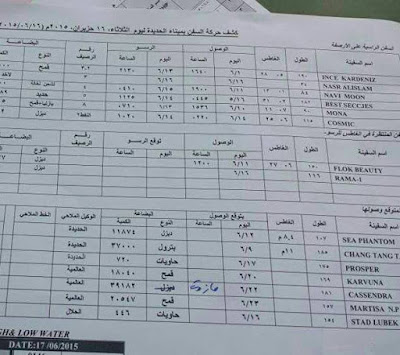 It seems that the siege imposed on the people in Yemen is done domestically rather than externally; it's a Houthi-made siege rather than a Saudi-made siege.

Here is the objective findings I build my statement on:

-Yemenis are without water since 80 days on the pretext that there is lack of fuel for starting the water pumps.

-Yemenis are without electricity since 80 days on the pretext that the gas station is out of order and there is lack of diesel.


-Garbage is pilling up in all the streets across all Yemeni cities on the pretext that there is no fuel that the cleaning cars need.


So, there is no electricity, no water, no gas, no hygiene. All these crisis are justified by Houthis by them saying it is "the Saudi siege", but the truth is there is no any naval blockade. The Yemeni government (that's if there is any?) can import whatever it wants such as fuel, and anyone who works at the Hodeidah port knows that ships unload its loads daily at the port.


Since 10th of May, following the humanitarian truce that lasted for 5 days, the UN forced the Arab countries' coalition to cease the naval blockade that was imposed on Yemen by them. That was publicly announced, then, and the international media has reported so.


The most simple evidence on this is the number of cars you see on the streets. Before the 5th of May the streets were deserted unlike how it is after the truce.


The strongest evidence on this to anyone who's suspicious, especially those who are sympathisers, this document, shown above, displays a list of naval operations done at Hodeidah port. It shows names and numbers of the commercial ships' loads that reached Hodeidah, in one day alone, the 16th of June.

According to the document, around 8 commercial and humanitarian ships have reached Hodeidah port, and they are waiting to unload. Plus, the authorities at the port expect another 7 international ships to arrive within the coming days, two ships are believed to have 38 thousand tons of wheat. Also, another two ships would carry other goods.


The document shows also that the following ships will arrive soon:


There have been ships that have already reached Hodeidah port, on the 16th of June, two commercial ships carrying food. Additionally, there were 3 ships that had different amounts of fuel.


Where does this large amount of fuel go to?

Houthis and the black market traders sell it to Yemenis with double prices, while they just obtain what they want on the pretext that it's going to the "military front".

Now, someone ask Mohammed Al-Maqaleh why the Houthi group is torturing the Yemeni people while it claims that there is a naval blockade - the ships are pouring in on a daily basis at the Hodeidah port.


The 6 electricity stations in Sana'a is not generating currently, not even 20 mega while it can generate 146 mega, quarter what the capital city, Sana'a needs. The officers at the electricity ministry demand providing fuel. The Houthis reply: we are in a state of siege and war. But the document of the operations at the Hodeidah port proves the contrary!

The steam stations can alone produce around 300 mega and produce electricity to 5 cities. Why the electricity ministry is not provided with fuel? Houthis reply: we are in a state of siege and war. But the document of the operations at the Hodeidah port proves the contrary!


The gas station in Marib province is switched off by a political will and it was shut down on the pretext that "so it won't be hit by the airstrikes", just like how the electricity station in Saadah was hit by the stupid coalition's airstrikes that hit gas stations and residential areas alike in Saadah and other cities.


In a nutshell, the siege is a %100 domestically made. It's imposed by the Houthis for psychological and media reasons. The only one who benefits from this is the traders at the black market. These traders are a combination of opportunists, bureaucratic group "the old regime", sheikhs, directors of provinces, directors of neighbourhoods, and local governor men.