A Tribute to Freedom Fighters Maryam al-Khawaja and Razan Ghazzawi

As a former activist on the ground and an active blogger on Yemen's politics and Human Rights violations, the following ladies are my heros. They are not just active in advocating for Human Rights and Democracy, they have also risked their lives to do so and never seemed to give up.

I had the privilege to meet Bahraini Human Rights defender, Maryam al-Khawaja for the third time but this time she was in Stockholm to receive The Stieg Larsson Prize 2012 for her struggle against oppression in Bahrain and her continuous work in highlighting the ongoing violations against Human Rights in Bahrain. 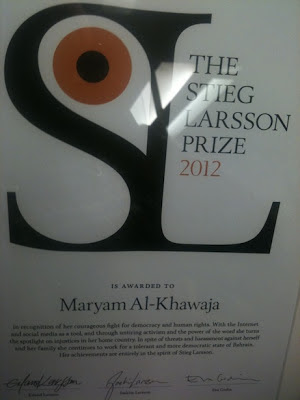 Bahrain's Uprising is the most forgotten one in the media mainstream, "our revolution is still continuing; it's just the international media doesn't cover it properly," she told me. The matter of fact is, as the crackdown on protesters in Bahrain is worsening, main Arab media outlets, due to their political orientations and other reasons chose to ignore the revolution in Bahrain. 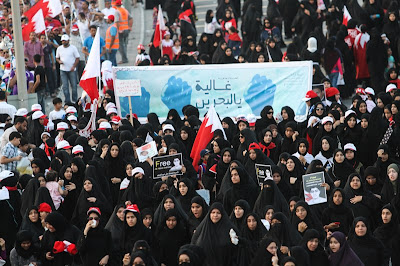 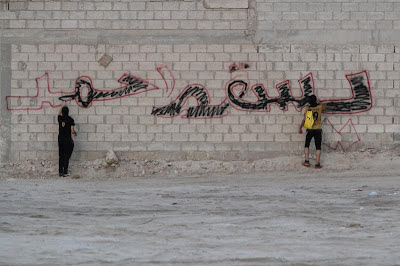 
Nevertheless, al-Khawaja continues in documenting harsh facts about the arrested, aggressed and killed cases of people in Bahrain through The Bahrain Centre for Human Rights. Even though Maryam's father has been sentenced to life imprisonment and her sister has been arrested several times and is about to face 12 cases in trail, Maryam seems to never give up on fighting for respect for Human Rights and democracy in Bahrain. "As long as the people of Bahrain are on the streets protesting day and night, facing guns in their face and very diligent to achieve their demands, I have no right to give up," she told me. 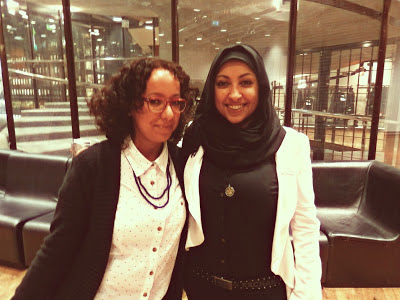 The Stieg Larsson Prize foundation run a conversation with Maryam al-Khawaja yesterday right after she received the award. Here is my recording to the talk:-


The other freedom fighter is Syrian blogger Razan Ghazzawi. She has been very active during the early months of Syria's Uprising and had been arrested twice by Asaad's regime for her anti-regime writings, during the past year. First time she was arrested for 2 weeks and next time it was for three weeks.

During the same seminar, Razan spoke later in a different panel discussion about the situation in Syria but due to security issues, we were not allowed to film the seminar. 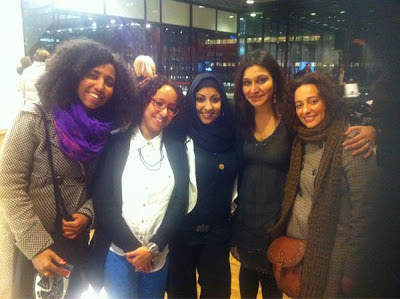