He did it! While president Hadi was absent, he addressed his supporters in a huge ceremony celebration; assuring that he remains the big boss! As I mentioned in my previous post (read here), ex-president of Yemen, Ali Saleh attended the 30th anniversary celebration of his political party "The General People's Congress" (GPC), held today, in Sana'a and in a semi-circus-like atmosphere he addressed the crowd with a 30 minutes speech.

"Saleh overall wants to say that he is the one who made Yemen what it's today. We partially agree- he's behind all the problems we live with," Yemen_Updates tweeted. "Saleh thanks Kuwait, Oman & UAE for supporting Yemen. He sarcastically thanked Qatar for funding protesters helping currency stability."

As this post title indicates (quoted from Mr. Abdulaziz Al-Mikhlafi, secretary general of Arab German Chamber of Commerce and Industry), the GPC's 30th anniversary represents the power struggle between Saleh and Hadi. President Hadi seem to be not "into" his political party while the GPC seem to pretend that it is walking like a normal person; neglecting that it's muddled and confused. 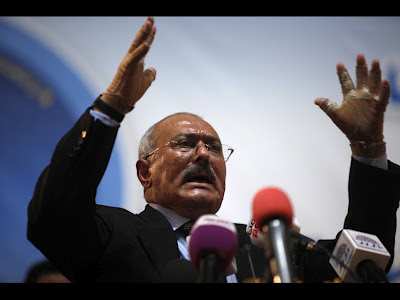 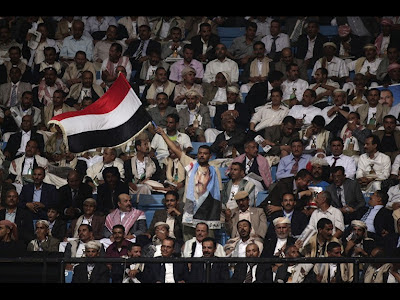 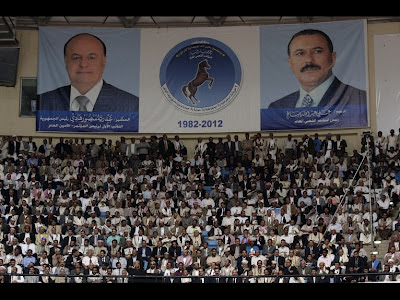 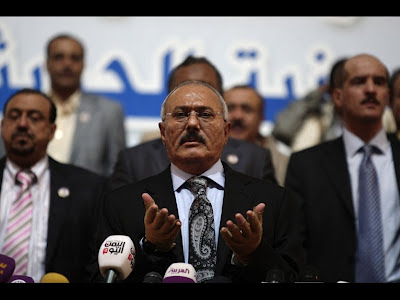 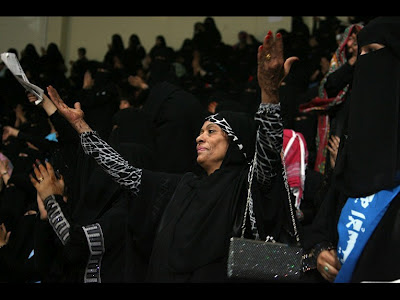