Yemen's President Hadi arrives to London, Uk part of his international tour to the west after his designation as Yemen's president on the 27th of February 2012. Reportedly, he is the first president who visits the US after the so-called Arab Spring.

Hadi along with Yemen's Foreign Minister Qirbi and Minister of Development Saadi are heading to the US for "Friends of Yemen conference" that will be hosted in NYC on the 27th of September. In the meantime, they'll visit Germany and France too.

Simply, the Yemeni officials will discuss ways of cooperations and inevitably they'll ask for aids. If I have the chance to speak to those western countries about that aid, I'd like to ask them not to give aid; instead, please give Yemen projects; long-term projects. Please! "Don't give them the fish, teach them how to fish." That's what Yemen needs to realize.

Here are some of the bombastic Hadi's arrival in the UK:- 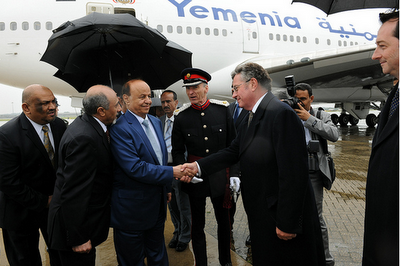 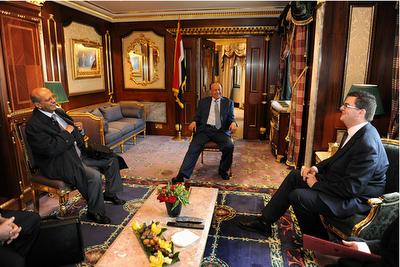