Postcard From Citizens for Peace and Justice Program in Stockholm

Every time I have the chance to meet young revolutionaries from Arab countries who're visiting Stockholm for a conference or a training course, I feel so excited! I meet them and listen to what they have to say and I just recharge my revolutionary energy. It's remarkable how bright and promising they seem to be. 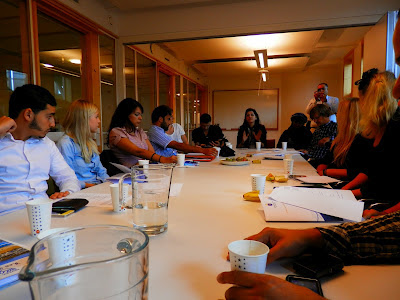 During the Swedish Institute - Alexandria’s 3-days-program titled, “Citizens for Peace and Justice” that took place in Stockholm, last week, I met a number of activists and journalists from Egypt, Iraq, Libya, Tunisia and Sweden. There was supposed to be a couple of journalists coming from Yemen to participate but there was a problem with their visa and they couldn't make it. (Though, I believe it was intentional mistake by some of the officers at the French Embassy which manages visas to Sweden. I hope there would be an investigation about that by the Swedish Institute of Alexandria) I was very outraged that my fellow journalists in Yemen couldn't join us. However, Yemeni journalist, Hana al-Khamri and I were the participating Yemeni group.

Within the Arab participants, we had two Salafists members from Egypt. - You can imagine how that blown my mind away. I had so many pre-judgmental views about them but, later on, I kinda change my mind. I was very happy to know about "Salafyo Costa Organization" which is an NGO founded by a team of Salfist, Christian and liberal Egyptians working on coexistence in Egypt. Nevertheless, I remain having lots of reservations against Salafism ideology. 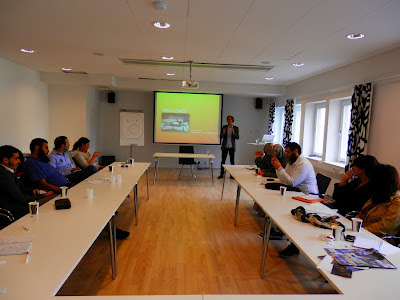 We had many of study visits to different political and non-political institutions in Stockholm. It was really interesting what we learned during the program but I had more pleasure by the side-conversations I had with the participants.

Here are few interviews I made with some of the participants.