A Deadly Attack in Sanaa

I woke up today in the morning to the horrific news of a deadly attack in Sana'a, my howe city, that killed around 90 soliders and left hundreds injured. AQAP stated that they were responsible of the suicidal bomber who was uniformed like a solider and managed to sneak in and blow himself. Since the moring the development have been taking place in a very quick speed and I can't even know from where to start. Therefore, I'll post several clips, pictures and comments from some people about what took place to exactly describe the order of the events.


Here is the first moments of the explosion captured on cameras:-


Later, there was news of A Saleh supporting fb page has announced last night that there'd be a surprise/explosion gift for Yemenis today:-

Then, I noticed that the State media TV was actively covering the situation. I felt like they were already informed and ready to film. Everything seemed fishy!

In a quick tweet, Yemen's Human Rights Minister, Mrs. Hooria Mashhour tweeted in her official account, "Transparent investigation should be done for all these mass crimes against humanity."

The information from the bombing scence came out and we finally got the first footages from Sabean square where the incident took place. Horrific graphic scenes and dead bodies were into pieces:-

Here is the State channale first report about the deadly attack:-

And here is a graphic picture from the scene:- 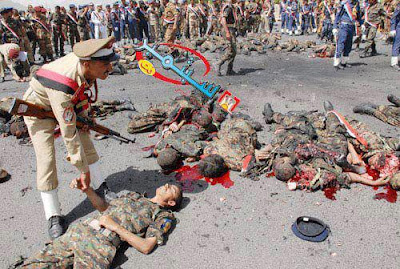 I felt frozen. I couldn't call family or freinds in Yemen to ask if they were alright because I knew that things were no alright. I thought how helpless Yemen was. Our sky is occupied by Obama's drone strikes and our ground is bombarded by AQAP. Helpless! They I had the courage to call my family in Yemen. They were alright but the sadness tone in their voice I won't forget. "All people are heartbroken for the tragic massacre of today," they told me.


Around 8 pm Yemen's time, President Hadi address the nation in a televised speech read by an anchor:-

In my point of view, the speech was disappointing because no new content was provided. It was similar to the shitty speeches of Saleh.

Minutes later, AQAP's press release announcing their responsiblity of the attack was out. "We succeeded in our operation by one of our jihadies in Sana'a by killing this huge number, even though our target intially was to target the defense minister who is operating a savage war against the muslim people in Abyan by the help of Saudi and American forces," the press-release stated.

It's hard to verify who really wrote this text but one has to pay attention.


Of course, there was an international reaction to the attack. The US and several Arab officials declared there denouncment of the attack. However, what concerned me the most was the heartwarming reaction coming from Yemenis inside and abroad of Yemen. I'm %100 positive that all of them denounced the attack. In fact, there were couple demonstration that took place in Taiz and Sana'a to show solidarity. Here is a clip of people in Taiz marching at night; several hours after the attack; showing solidarity with Sana'a:-

Here is a picture of a young Yemeni lady holding a candle to commemorate killed ones of today deadly attack, during a candles' march in Sanaa:- 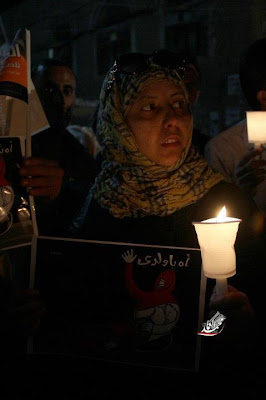 Then, I came to know that during the deadly attack, there was a steam of systematic arrest for several young men in Aden by the security forces. One of the young men arrested is activist Abdel Ra'aof al-Saqqaf who was arrested today from his home by security forces:- 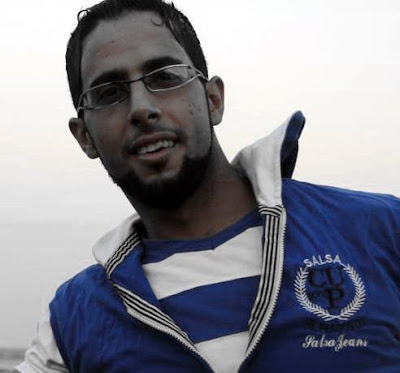 What I know for sure that Terrorsim has no religion. Period. My deepest condolences for all killed soliders in the deadly attack in Sanaa today. Whoever the hell was the responsible of that, they don't represent Yemenis inside or abroad Yemen. Yemen is a land of peace but we were deemed with a lack of state governance that makes Yemen an easy environment for criminals and devilish people to do there things. May all killed souls rest in peace! 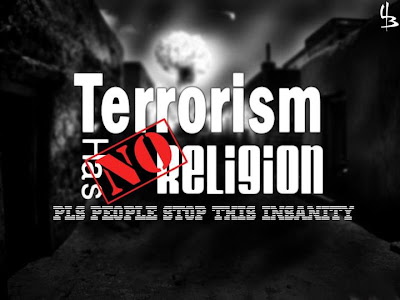 Tomorrow is supposed to be a day off in Yemen to celebrate the 22nd anniversary of Yemen's unification but I'm sure whatever celebration will take place it will be tented with sorrow and sadness over the killed souls.

Writing pieces about Yemen keep pouring and I'd like to conclude with the latest I know of where Jeremy Scahill is cited. He said, "This attack on the Yemeni military is clearly intended to send a message that the emperor has no clothes; that the US-backed Yemeni government is weak and unable to protect even its own forces." “It also reveals the strong autonomy AQAP sees itself as having, particularly after the death of bin Laden,” he said. “If it is AQAP behind the attacks, it’s their response to an intensifying U.S. war,” Scahill added. “The drones, the cruise missile attacks, and now the U.S. trainers, are a window into the future of U.S. policy in Yemen. And today’s suicide bomb and yesterday’s gun attack is a window into the future of AQAP’s policy.”