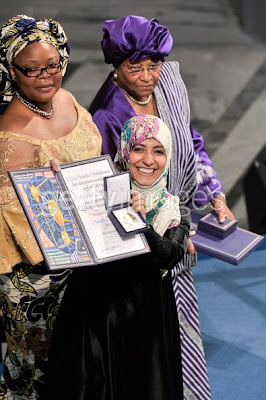 2011 has been a very exceptional day for Yemen. People of Yemen have demonstrated to the whole world a great sense of resilience and fortitude like no one would ever imagine regardless of all the killing and hardships.

After 11 months of its uprising, the well-armed nation still remains peaceful in the face of gunshots and shelling by Saleh's security forces. Around 2,500 people have been killed and more than 9,000 people got wounded and the remaining people still cling to peace. The brutal killing didn't only take its toll on the people physically, but it also took its toll on the humanitarian situation and the country's infrastructure. People suffer from shortage of electricity, water and, periodically, fuel. Tens of buildings around big cities have been demolished or shattered by the continuos shelling. In addition, there are thousands of internally displaced people who fled to other provinces to escape the attack. Indeed, it's been a tough year for people in Yemen.

However, there have been several happy news related to Yemen.

This year carried lots of regional and international prizes for Yemenis. Many outstanding figures from Yemen were awarded very important prizes. They are the following:- 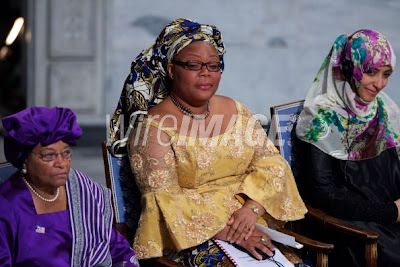 Undoubtedly, it's been a very memorable year for Yemen with all its pain and happiness. As long as people of Yemen are snatching prizes and getting some work done on the ground, I'd have a great faith that the future is really bright. I leave it here while I'm preparing myself for tomorrow. I'll be meeting the three amazing ladies, the Nobel Peace Prize Laureates for 2011, after I was invited by the Foreign Ministry in Sweden to a big event where the three ladies are hosted in Stockholm. I'm so excited and over-joyed to have this chance .. I love Yemen, I love Sweden, I love life!! :)