Sanaa Could Explode at Any Time 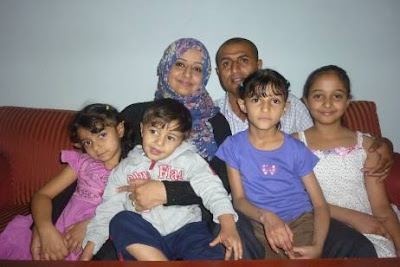 The crisis in Yemen has entered its 10th month, with few signs that Ali Abdullah Saleh is willing to step down despite a transition deal offered by the Gulf Cooperation Council and the United Nations. As Yemen slips from political paralysis towards outright anarchy, its people press on with their daily lives. Among them is Mohammed Al Qadhi, who has reported for The National in Yemen since 2008. Born in 1974 in the district of Shara'ab Al Salam in Taiz province, Al Qadhi was awarded a doctorate in English literature from Sanaa University in 2007. He, his wife, Haifa, and their four children live in Sanaa. The following are excerpts from his journal.

It's September and I'm hunkered down with my wife, Haifa, and four young children in the basement of our single-family villa in Nahda. Once a virtue for its proximity to the centre of the capital, the location of our home is now a liability. We're one kilometre away from the headquarters of the First Armoured Division, which defected from the army and is now a regular target of artillery volleys. We're also one kilometre away from the Sufan district, where pro- and anti-government forces frequently fight. My family is terrified by the latest shelling, which shakes the house.

As I write this, my daughter Aseel asks, "what is that noise?". I keep telling her that it is fireworks being shot off to celebrate at a wedding. But even though she's only 7-years-old, she doesn't believe me. "You're lying to me," she says. "Let's travel to another place where there's no gunfire."

It saddens me that such a young child, let alone my child, is faced with gunfire, violence and killing. She should be thinking about what other 7-year-old girls think about in safer, saner countries. Since the uprising began here in January, we have been subjected to artillery explosions, random street violence and power outages, as well as food and fuel shortages. We have been unable to enjoy the simple pleasures of normal family life.

Nothing has been normal since January.

After the uprising in Tunisia, protests start at the gates of nearby Sanaa University. Demonstrators are demanding the resignation of President Ali Abdullah Saleh. He blames the protests on "suspicious foreign agendas".

Like many Yemenis and other Arabs, though, my wife and I are excited. We're thrilled that what kept our eyes glued to the television broadcasts from Tunisia and Egypt may now be happening here in Yemen, which is way overdue for political reform.

As more and more people join the protests, the security forces respond with more and more force. Haifa is nervous whenever I go to report on the demonstrations, which I do most days.

Protesters are harassed and driven off by either the police or the government thugs known as Balatijah. Agents of the secret police, Mukhabarat, accost me and other reporters, demanding to know our names and for whom we work.

At a February 18 protest, a policeman in plainclothes threatens me and a colleague with his baton when we try to escape into the safety of an alley. We convince him that we're not protesters and that we're heading home. Another reporter isn't so lucky: the Balatijah beat him badly. On February 20, despite the violence and threats, the protesters establish a permanent camp in front of the university.

On March 18, when the protesters try to erect more tents and expand their camp away from the university's front gates, all hell breaks loose. Government snipers kill 53 protesters. Haifa is shocked at the sight of the dead bodies on television and begins to weep. Our comfortable life in Sanaa ends today.

We are now scared to send our daughters, Maha, 10, and Aseel to school. It is just too dangerous. They run the risk of getting caught between the protesters and government security forces. Although I feel safe enough to continue doing my work, Haifa and the children are basically locked indoors. Three days after the massacre, General Ali Mohsen Al Ahmar, the president's long-time confidant, defects from the government side and takes the First Armoured Division with him. They take up positions around the protest camp to protect the demonstrators.

Sanaa feels like it could explode at any time. If that weren't unsettling enough, it's tough to obtain gas for cooking and petrol for the car because tribesmen have blown up a crucial pipeline.

The violence has ruined the school year for my daughters. On afternoons when street fighting has broken out, I tell our driver to take them to their aunt's house when classes are over because it's closer to the school. He brings them home after things calm down.

Sometimes it's so uncertain what will happen during the day that we don't even try to send them to school. Even when they manage to make it to class, they don't know what they'll find. Many teachers have gone on strike so they can protest against Mr Saleh. The complex and fragile alliances that make up Yemeni politics have been roiling since January.

In May, there's a cataclysmic shift, as fighting breaks out near my neighbourhood between soldiers loyal to the president and supporters of Sheikh Sadeq Al Ahmar, leader of Yemen's Hashid tribal confederation. The next day, I go to the sheikh's house where tribal chiefs are meeting with representatives of the president to negotiate a ceasefire. Gunfire erupts and I and another reporter race to my car and speed away. Minutes later, an artillery shell hits the sheikh's house, killing at least nine people and wounding 30 more. Towards evening, Haifa calls in a panic. A blast has shaken the doors and windows of our home. Aziz, our two-year-old son, is screaming.

When I get home, Aziz, who we call Azooz, vents his fear and anger against Saleh. Too young to understand what is going on, he blames the man whose image he sees so often on television. "I want to beat him. He scared Azooz," he shouts.

Fearing more violence, I decide to take my family to our hometown, Taiz, about a four-and-a-half hour drive from the capital. There, we stay in Haifa's family home. After spending two days there, I tell her that I have to return to Sanaa. She is afraid about what can happen to me and furious that I'd leave her and the children alone.

"If you're not going to take care of yourself, you at least should take care of us," she says. In the end, I go and Haifa phones constantly to check that I'm all right.

Back in Sanaa, the atmosphere has grown more sinister. People are afraid to go out, the streets in parts of Sanaa are deserted, and the Mukhabarat are more aggressively searching out reporters working for foreign news organisations. One day, I'm unable to find a taxi and catch a ride with a man on a motorbike. I hear gunfire and suddenly feel too exposed. A bullet could hit me and it would be over. On June 3, Saleh is badly wounded in an assassination attempt and he flees to Saudi Arabia for medical treatment.

It turns out that the attack is a blessing for me and my family because a few days later, the fighting stops, thanks to a truce mediated by Saudi Arabia.

By mid-June, my family is back in Sanaa.