Women of Yemen: making art in times of war 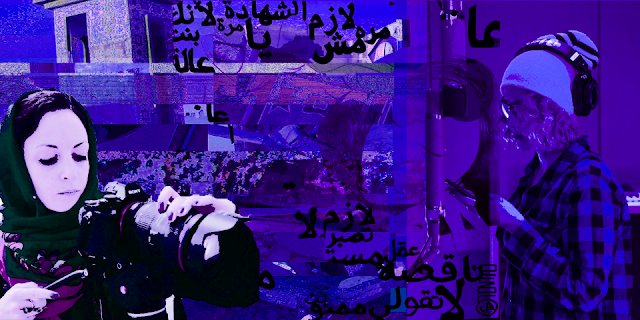 *It may not seem to be the right time to talk about the Yemeni art movement, particularly women’s art, while Yemen is going through this major humanitarian crisis. Over four years have passed since the war in Yemen broke out. The humanitarian catastrophe as a result of the war threatens the lives of more than 22 million people, men, women or children. Media coverage about Yemen is scarce and stories of people suffering from famine and disease are prioritized. So in the times of famine, cholera, destruction and social breakdown, what does it mean to talk about the Yemeni women’s art movement?

But how can it be avoided as Yemeni female artists and others in film, painting, and writing took it upon themselves to express the pain of their society and defend their human cause, far from the control of authorities.

In fact, contrary to what is commonly believed in the world that female artists work in a male-dominated world and that their work is marginalized compared to the huge interest taken in men’s art work, in Yemen the situation is different. In my ten year long experience in covering Yemen, I saw women and men equally represented in the Yemeni art movement. All are marginalized and do not get any media attention and their work and talent is not well or sufficiently documented. Yet, this article for Jeem is dedicated to Yemeni female artists.


Sara Ishaq is one of the most important Yemeni artists of the young generation who found their voice with the outbreak of the revolution in Yemen in 2011. The young film director, who is Yemeni on her father’s side and Scottish on her mother’s side, scored a historic accomplishment with her Yemeni film in cooperation with a Yemeni film crew “Karama has no Walls” (2012) that was nominated for the Oscar for short documentaries. The film is about the events of a bloody day at the beginning of the Yemeni revolution which marked a turning point in its future trajectory. 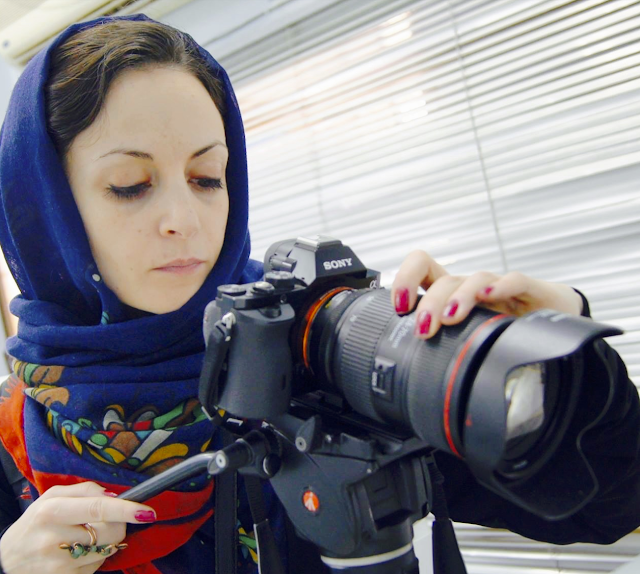 Since Sara’s return to Yemen in 2011 after ten years of absence in Scotland, she has been documenting daily life details about the political and social reality. She skillfully oscillates between documenting the experience of male and female Yemeni citizens as a result of political events and her personal experience. Her two short films, one about a woman demonstrating on Taghyeer square in Sanaa or her film “Stranded” about Yemenis stranded in Egypt in 2015, demonstrate the importance of Sara’s camera documenting critical moments in the memory of the Yemeni citizens. Her film “The Mulberry House” also garnered several international and Arab awards. It describes the Yemeni family through the narration of Sara Ishaq’s own life and that of her family.


Interviewing Sara Ishaq in 2013 after her Oscar nomination, I asked her about her artistic ambitions. She complained about the lack of institutions in Yemen to teach filmmaking. Her aim was to establish an academy to teach filmmaking in Yemen and it seems her dream has become a reality.

Talking to her over the telephone, Sara Ishaq tells enthusiastically about her preparation for a second workshop, supported by AFAC, the Arab Fund for Arts and Culture after a successful first workshop on film making for a group of young men and women in Sanaa. Following a short break after having her first baby, Sara today tries to juggle many projects. In addition to her workshop with her team at Comra Films she works behind the scenes in producing short films in cooperation with regional and international media. More importantly, she currently works on her first feature film and a documentary about women and war.


In war or peace, she says to me, filmmaking plays an important role for Yemen’s youth. It is an empowering tool and it enriches dialogue and public opinion. “Generally, the making of art in the times of war is therapeutic. Here, it is the same for the makers of film as well as for the audience. Movies help us to express ourselves and to enrich the views of others away from stereotypes.”

The young Yemeni painter Haya El Hammoumi experienced something similar. The 23-year-old tells me over the phone from Sanaa that painting to her is a way to adapt to reality and cope with the pressures. “I paint because this is how I best express myself and my surroundings. Some write articles or books or make movies to express themselves. I find painting to be the way of expression that is closest to me.” 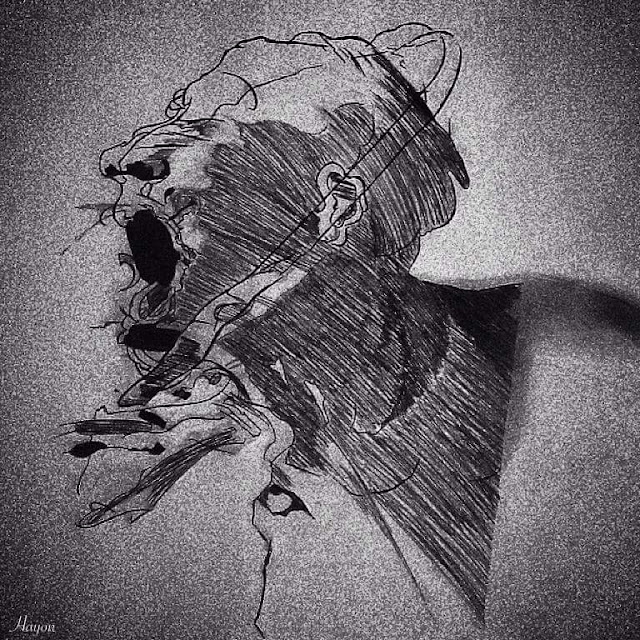 Haya started exhibiting her paintings publicly in 2014 at the time when the civil war broke out in Yemen with the invasion of the capital Sanaa and public institutions by the Houthis. Since that time Haya has been drawing to express her emotions. Her works “The Victim” or “Cry of Anger” were painted in times when she wanted to depict the state of society as a victim of a raging war that wants to scream into her face. Her painting on verbal violence against women as part of the project of the Institute for the Development of Young Cadres in Yemen sums up the suffering of women in Yemen due to verbal violence. 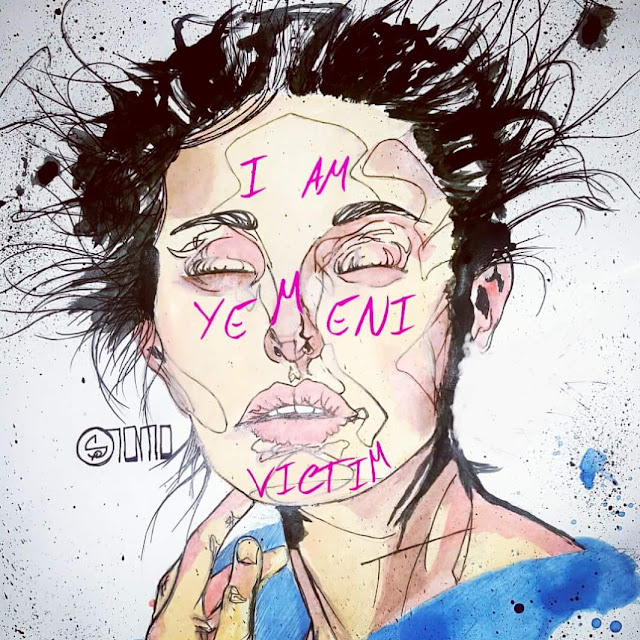 Haya has participated in 16 art exhibitions in Sanaa and one in Kuwait. She praises the public interest in Sanaa as the numbers of visitors at openings are rising in recent years. However, her wish would be to grant more support to young talents. 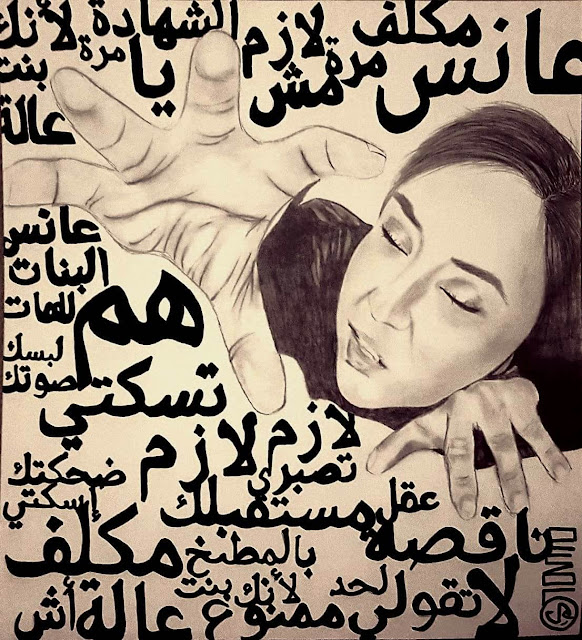 Methal is a Yemeni singer and guitar player who has received a lot of support. Her star began to rise after her cooperation with ‘x ambassadors’ last year when they debuted a joint song called Cycles as part of the ‘I Am with the Banned’ campaign, in solidarity with the countries banned from entering the United States by President Donald Trump’s executive decision. Since the 2011 revolution in Yemen, Methal has been composing, singing and distributing her songs, especially the English language ones. 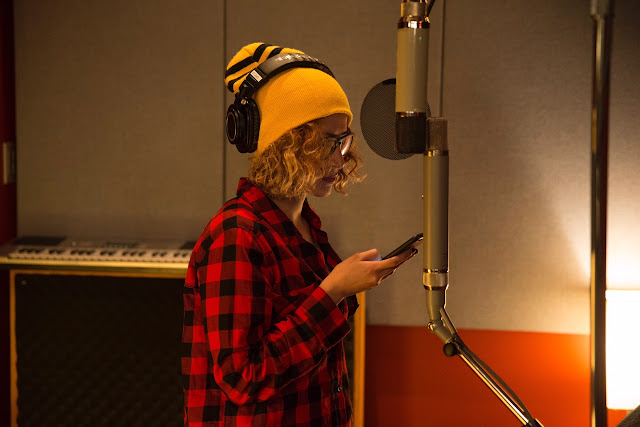 It was not easy for Methal to succeed. In an interview with her right after the debut of her song Cycles, she tells me how she had to face lots of deprecations and harassment in Yemen when she started in 2011. “I would get hate mail and people harassed me because I sing in open and mixed places. It kept increasing so I stopped singing in 2014 and disappeared from public life. When the war started in March 2015, I took my guitar and went on a refugee boat to Djibouti.”

“There I played for a while in hotels to make a living. During that time I worked on marketing my work on the internet. I received invitations to participate in events to represent Yemen in Germany and Canada. After that I settled in Canada.”

From her new home in Prague that she took since the war broke out, Rim Megahed’s words take you back to Yemen. The social researcher and writer expresses her nostalgia for Yemen in stories that amaze with their realism and expressive common meanings for every Yemeni man and woman. When I met Rim in Prague at the beginning of this year, she confessed to me how she tries through these stories to communicate once more with the little Rim that grew up in one of the villages of Taiz – the village girl.

On the pages of Lebanese Assafir newspaper, Rim has so far published 6 stories, one after the other with the titles: Blouse, Wedding, Escape, Theft, Displacement, and Road. Not much time passed until the editorial team of Assafir realized her talent. They offered her recently to publish her stories on one page: “The young Rim Megahed has amazed us. Each of her stories is a picture from a different angle of the Yemeni landscape today, or a script for a film that has all the ingredients to be made. She amazes us and we realize that we are discovering an amazing storyteller.”

These are four examples from a long list of names of Yemeni female artists facing war and displacement. They are armed with their creativity and passion for filmmaking, painting, singing and storytelling. Not much has been written about Yemen and the war yet and we are in constant need to document the work of male and female artists.