*Today marks the 49th anniversary of South Yemen's independence from the British colony.

The anniversary should symbolise a time for rejoicing at the triumph over the colonial rule, but instead, it reflects the growing and contesting realities across Yemen.

Ever since the Southern Movement (Hirak) began in 2007, South Independence Day has become a time where the question of unity versus partition in the country manifests itself profoundly. The tension is all the more present given today's ongoing conflict.

Independence Day is of conflicting significance to the south and the north of Yemen, illustrating the rift between the two regions and the path towards partition the country finds itself on.

On one hand, as a continuation of the same spirit of liberty and the struggle for independence against the Brits, a great deal of the south takes the occasion to continue raising calls for independence from their latest virulent foe, the north; especially in the wake of Houthi takeover of the capital Sanaa in September 2014.

One Adeni blogger writes, "after Ansar Allah's [the Houthis] coup against president Hadi's legitimacy, his detention and forcing him to resign, the southerners - even those who are pro-unity and were anti-secession - are totally convinced that people in the North don't believe in unity as they couldn't tolerate that a Southerner president [Hadi] would rule them.


With this magnified support for Hadi, and, as stated by the former colonel and founder of Hirak, and the Yemeni Retired Military Consultative Association, Nasser al-Noubi, "with this coup, unity was over".

Houthi brutality at the beginning of the war in Aden in the name of fighting Islamic State did not leave room for southerners to cling to unity, according to the Adeni blogger. As a result, the bloodshed of Houthis and of Saleh's forces in the South during the ongoing war caused the grievances of southerners to intensify, and demand secession from the "northern" government in Sanaa.

And on the other hand, in a delusional manner, in the north, ousted president Ali Abdullah Saleh and Houthi leaders are taking the opportunity this anniversary - particularly in light of the Saudi-led coalition strikes hitting the country - to mobilise northerners and southerners alike in standing united against the new "coloniser" (the Saudis) and fight back.

Over the two-year war, this is the second time Saleh has addressed the public, calling on them to cherish unity and fight united for victory against "the Saudis' aggression".

Ironically, South Independence Day for the North evokes the desire to win over the Saudis and it fails to evoke a reflection of the North's injustices against the South, at least in the course of the ongoing civil war. Certainly, independence means two totally different things for the North and the South in Yemen today.


Ever since the 1994 civil war in Yemen, the rift between the North and South has been growing ever deeper. Following the north's win over the south, the country has suffered from multifaceted local cleavages.

I remember as a child surviving the almost three-month long fight in Sanaa. In the following months and years, we were taught as part of the curriculum that the 1994 civil war was caused by the "secessionist" "infidels" giving a strong impression that the north was more concerned about unity and the south had perpetrated the betrayal.

Fast forward to the present, and distrust between the north and the south is at its peak. To justify killing, and stripping them of their "Yemeniness", Houthi-Saleh militiamen have called the southerners IS supporters. Not only did this greatly undermine any sense of unity, but also any sense of a common national identity.

Despite the disappearances and the assassination of many Hirak activists, calls for secession or independence - depending on who you talk to - are still alive.


When I talked with southern activists Rasha Jarhum and Khaled Al-Abbadi, I had a glimpse of their vision for the Hirak, one which has certainly been challenged by the ongoing war.

The fragmentation process is occurring across two dimensions: fighting on the ground, and in the political corridors of diplomacy. In today's conflict, the Hirak in Aden is in the hands of a coalition of separatist militia, jihadis and Salafists, orchestrating their secession. 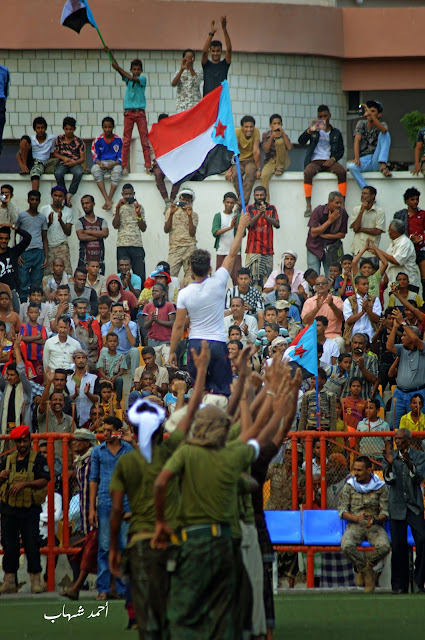 Meanwhile, at the UN, Hirak activists are making concerted efforts to win the international community's support for their demands. However, southern activists are divided: some demand secession, regardless of ending Yemen's war, and others demand peace first for all Yemen, and then secession.

Nonetheless, the war may serve the Hirak's best interests, considering the latest development that saw Saleh and the Houthis form a cabinet two days ago. Following their formation of The Supreme Political Council and its announcement of a new government, the country is clearly falling under the control of two states.

This chaotic governance is a product of several factors: the stalemate in the battle for Sanaa, the failure of international actors to carry out peacemaking efforts in Yemen and the fact that none of the warring sides has made major gains.

Given the unwinnable nature of Yemen's war, these dynamics stress the growing complexity of not only unity in Yemen, but they also highlight the question of the form of peace war-torn Yemen desperately needs.