Cinema in Yemen: 'Nothing is impossible'


For the first time in the country's history, Yemen has entered a film into the Academy Awards competition in the category of best foreign language film.

It was announced last week that the dramatic feature film, I Am Nojoom: Age 10 And Divorced, would be among 85 entries vying for the Oscar.

"I was happy to hear the news, even though I have no expectations whatsoever," director Khadija al-Salami told Al Jazeera over the phone from Canada, where she was promoting the film.

"It is a tough competition, but let's hope this news at least gives war-torn Yemen some positivity and encourages young Yemeni filmmakers to dream big."

Shot in 2013, prior to the ongoing war in Yemen, and released in 2014, I Am Nojoom is Salami's debut drama feature film. She has previously made 25 documentaries about Yemen, with a heavy focus on women's issues.

Salami both wrote and directed the film, inspired by her own personal experience of being forced into an arranged marriage at the age of 11 - which led her to attempt suicide, and ended in divorce - and by the story of Yemen's youngest divorcee, Nujood Ali.

'I Am Nojoom' film trailer.

"My belief in the importance of empowering our women and enforcing a law that criminalises this practice is what drove me to do this film," said Salami, whose movie has so far earned 18 international awards.

"But mainly, it was important for me to tell a story based on a mix of my own story, Nujood's story and many other girls' stories suffering from this practice. And as I am touring around the world releasing the movie, my initial understanding of how child marriage is a global problem is increasingly being confirmed."

The latest official statistics suggest that more than 50 percent of Yemeni girls are married before the age of 18. There is no law in the country banning the practice - a problem that reaches far beyond Yemen's borders: "Globally, there are around 15 million female children being married every year," Salami noted. "The film speaks to many girls across the world." 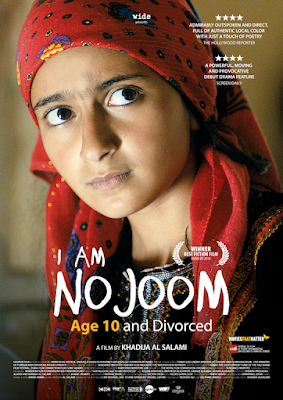 Ironically, I Am Nojoom is making global headlines at a time when Yemen's cinema scene has largely faded.

The country once boasted a vibrant cinematic culture, having gone through many phases since the early 1900s. In 1910, moviegoers in Yemen flocked to mobile cinema shows in Aden, and in the ensuing years, Bollywood films were widely exhibited in the city's cinema halls.

During the 1970s, the film scene gained strength, with around 50 cinema halls emerging in Aden, including Radio Cinema, Popular Cinema and Cinema Hurricane. In Sanaa, severalcinema halls showcased both Arab and Western films.

Yemen's cinematic scene peaked after the reunification of northern and southern Yemen in 1990. In the years that followed, several cinema halls opened in major cities, showing foreign and locally made films.

"Despite the early '90s being marked by several conflicts, the unification contributed [to] the film culture of both north and south Yemen in the coming years," Mohammed said, noting that Yemen's culture ministry provided support to local Yemeni filmmakers - particularly to those working on films with an "anti-terrorism" message.

But the growth did not last long. Economic problems bumped the film industry to the bottom of the government's priority list, while the rise of conservative forces further curbed cinematic growth.

"When we, the actors and filmmakers, sought the state's support, government officials used to state clearly that it was not the right time to support films, as they had more important issues to deal with," actor Adnan Alkhadher, a cast member in I Am Nojoom, told Al Jazeera. "We had terrible support in funding cinema, whether in the north or the south."

Amid this backdrop, the outbreak of Yemen's 2011 uprising offered a sign of hope for filmmakers.

"The uprising represented a moment of courage for many Yemeni filmmakers and a time when their voices were validated, as Yemen received great attention during the Arab Spring," said Yemeni filmmaker Sara Ishaq. "I was and still am impressed by the rise of art and film in Yemen in the wake of the uprising."

Ishaq directed the first Yemeni film to be nominated for an Oscar, the documentary Karama Has No Walls (2012), which was set during the uprising.

Salami, meanwhile, says that she has made efforts to ensure that residents of war-torn Yemen would be able to see her film, arranging screenings in local forums and community centres.


I Am Nojoom has faced some criticism for portraying stereotypes about Yemen and "exploiting" the issue of child marriages in an effort to please a Western audience - accusations that Salami vehemently rejects.

"This debate is not only another reminder of why, until today, Yemen has no law against child marriage - but it also reflects the status of women's rights in Yemeni society," she said.

As she begins thinking about her next project - a love story that she hopes to shoot inside Yemen once the war comes to an end - Salami says that she is optimistic about the future.

"Nothing is impossible," she said. "If you put your heart into something, the sky is your limit."