A letter to Ashraf Fayadh: What is it about poetry?

Today is a solidarity day with jailed Palestinian poet, Ashraf Fayadh. In support of Ashraf, I wrote him a letter in Arabic published on Raseef22.com & below is the English translation. 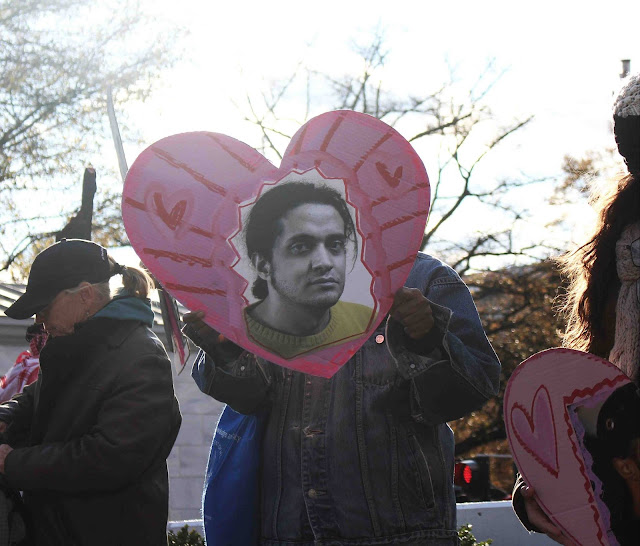 *I have no clue how does time taste like behind bars; especially for poets who are imprisoned only because they wrote poetry. Also, I don’t know what is it about poetry that got you snached your freedom from? And what is it, particularly, about poetry that leads to a death sentence in Saudi prison? That compelled me to read more of your poetry and try understand. Through the coming months, as I would read your poems and I would be glad when the death penalty for apostasy conviction against you was quashed into 8 years imprisonment and 800 lashes; but I understand you still face a grim punishment and I can’t even imagine how that eats your soul.

Ashraf, now I know what was it about your poetry that was unsettling to the Saudi system. Its frankness which has no place in our hypothetical world.

I figured that in a recent trip I had. I was in Dubai last month, invited to the launch of an esteemed online news media. I met many Saudi social media celebrities who have millions of followers, be it on Twitter, Facebook or/and youtube – celebrities who have huge influence. Away from the camera, the lights and pretence, I had a face-to-face talk with them. I tried to be frank with them, like you do in your poetry, Ashraf. With no hesitation, I asked them:

-How can anyone support death? Of course we are against wars.


-“Our jails are full, you know,” they responded.


And just like that, now I know what was it about your poetry that was unsettling.

Everyone seems to be scared to confront authority, even the sons and daughters of the Saudi land, which makes me wonder how on earth did you, a stateless immigrant in KSA of Palestinian refugee parents, have the courage to confront cultural, societal and governmental authority. You dared to do what few dare to do. Everyone seem to be losing in the war against tyranny. And you, like my own country, Yemen will suffer as long as the strong will do what they can, as Thucydides once said.

“Don’t be fooled by creativity that doesn’t enter territories with grace and frankness. Don’t be fooled by creativity that is allied with self-censorship,” I wanted to tell my Yemeni fellows and these celebrities’ followers. Then, I realized; I’m too guilty of self-censorship, just like everyone else. Don’t get me wrong, Ashraf. It’s cheaper to suppress one’s honest literary thoughts, and for that matter, it is very expensive to be daring. One’s life can get at stake. Your frank poetry is an evidence. Our Ahmed Naji is another evidence. You two, among the many the young jailed artists, had the courage to express with authenticity and no pretence in societies that are ruled by suppression. Simply put, self-censorship had no place in your imagination and arty work. Truth had to be told. But what an expensive truth!

And just like that, now I know what was it about your poetry that was unsettling.

The audacity of your openness with your creativity was your oxygen, Ashraf. You breath in your freedom in expressing genuine thoughts. You weren’t fooled by our type of freedom, where we think twice before we open our mouths, where we prefer the cheap freedom that’s fully tainted by self-censorship, and where we assume that we are free human beings while we are only pretending to be so.

However, as long as you are still in jail and as long as it’s expensive to be totally free in your creativity, your prisonment, Ashraf -just like Ahmed Naji’s- is our so-called free people’s chains. Gloria E. Anzaldúa once said, “I write because I’m scared of writing, but I’m more scared of not writing.” And now I know what was it about your poetry that was unsettling. You were scared of not writing more than anything else. 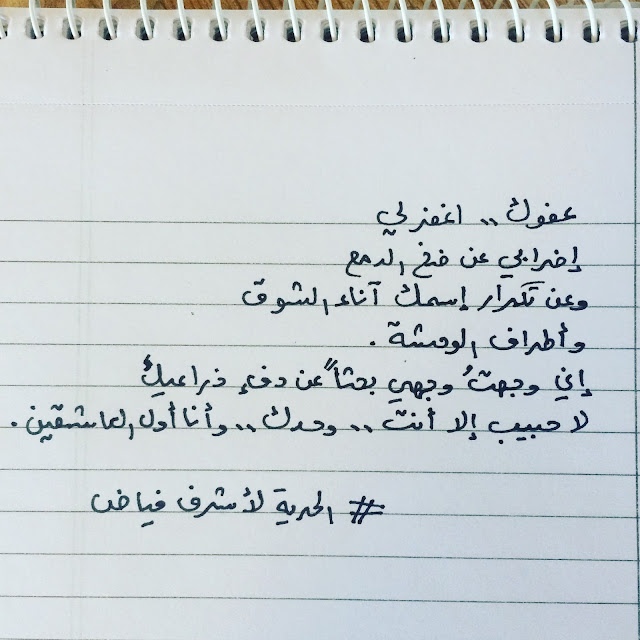 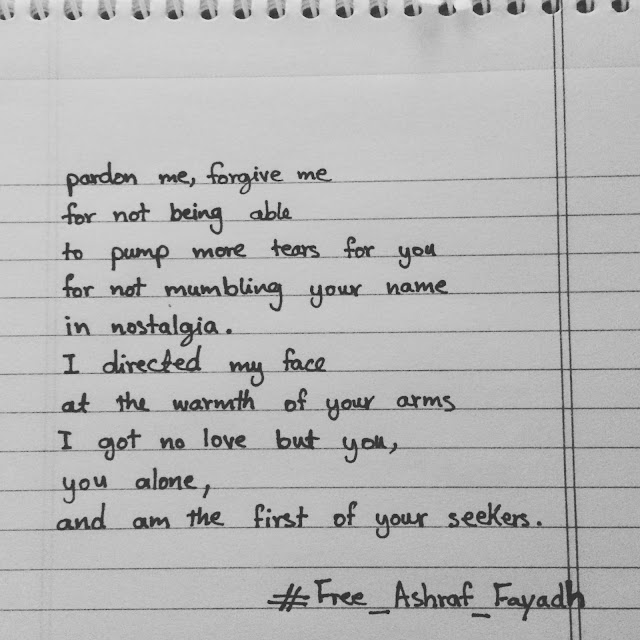