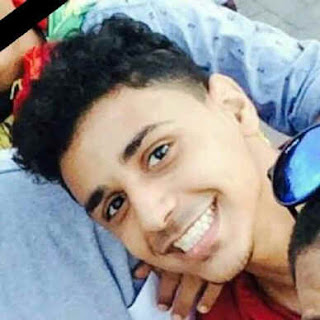 "Around 10pm last Sunday, a young Yemeni called Omar Mohammed Batawil was abducted in front of his home in the Crater district of Aden.

On Monday afternoon, residents in the Sheikh Osman district found his body. He had been shot.

Sources quoted by Almawqea website say Batawil had been receiving death threats and accusations of atheism because of comments "critical of religion" that he had posted on Facebook...." – Al-Baba.

One of late Batawil's facebook posts tackles the existence of Allah: