Before and After: Marib Dam in Yemen, before and after the destruction #Yemen http://t.co/vBe3meeDl2 pic.twitter.com/K3Rdg78tea
— Middle East Eye (@MiddleEastEye) June 10, 2015 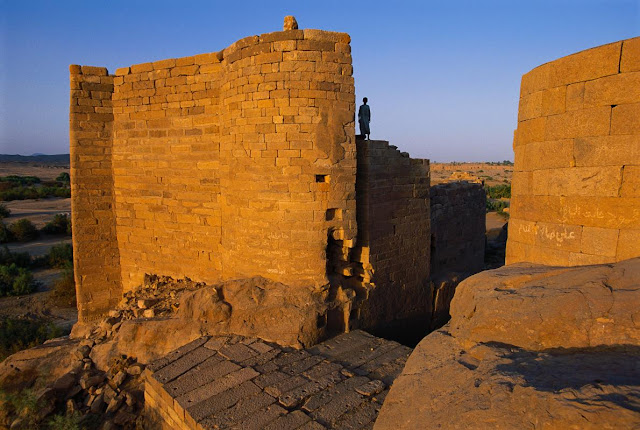 "One of the grandest engineering marvels of the ancient world—the Great Dam of Marib in central Yemen—has been damaged in an airstrike.

Ancient Marib was the capital of the wealthy caravan kingdom of Saba (biblical Sheba, home of the legendary queen), which thrived during the first millennium B.C. Along with remains of the Great Dam, considered the most important ancient site in Yemen, excavations of the Sabaean capital have revealed two elaborate pre-Islamic temple precincts dedicated to Almaqah, the chief deity of the kingdom.

Thousands of inscriptions identified in Marib are providing researchers with an unusually detailed insight into the kingdom’s laws, institutions, and details of everyday life.

Over the past several weeks, fighting between Shiite Houthi rebels and forces loyal to Yemeni president Abd Rabbuh Mansur Hadi, with support in the air by a Saudi Arabian coalition, has escalated around the modern city of Marib, the center of the country’s oil and electrical facilities located just a few miles from the ancient capital. (Understand the various players in Yemen’s current crisis.)" -National Geographic.