June 12, 2015 – I think this is the most gruesome and graphic images I have ever seen throughout my blogging work on documenting violations in Yemen since 2011. The old city of Sana'a is not only a World Heritage site, but it's a symbol of pride and Yemeni identity for many Yemenis, if not all Yemenis. The sadness over its damage was not felt among Yemenis alone but also among every foreigner who has ever been there and admired every inch of that ancient living beauty. Overall, ancient heritage sites across Yemen, in Taiz, Aden, Marib, and God knows where else too, have also been gravely affected by the ongoing fight. Damaging these sites is as appalling as killing living souls. 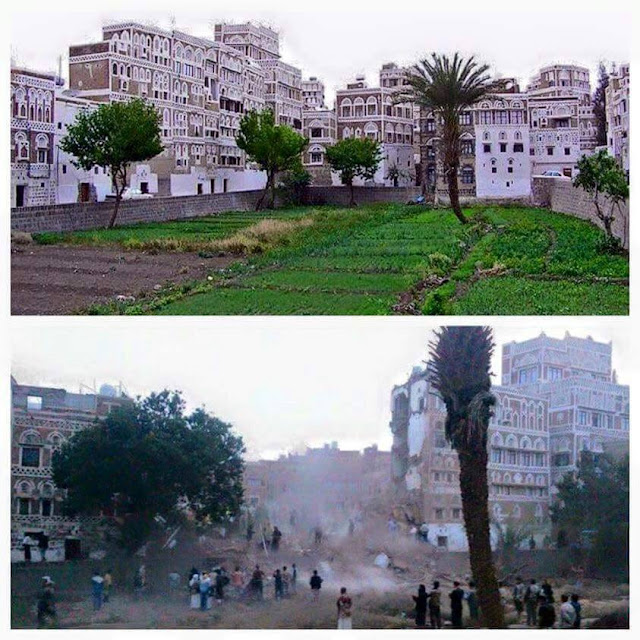 Before and after the destruction of some of the buildings.