"Al-Wadhahi, a residential neighborhood in the capital Sana'a, was severely damaged by air strikes in the early hours of March 26. The neighborhood is located next to Sana'a International Airport. The bodies of the dead were taken away in the middle of the night. Locals told the Yemen Times that two families, a total of six to eight people, were killed, and eight houses were destroyed. More bodies are feared to be hidden under the rubble."-YT 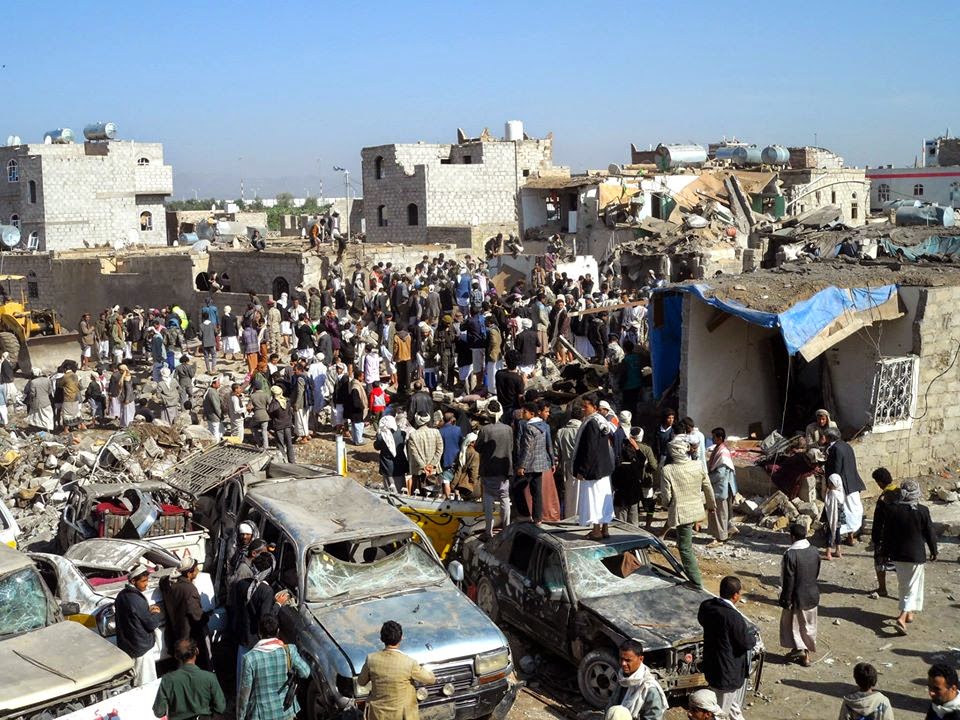 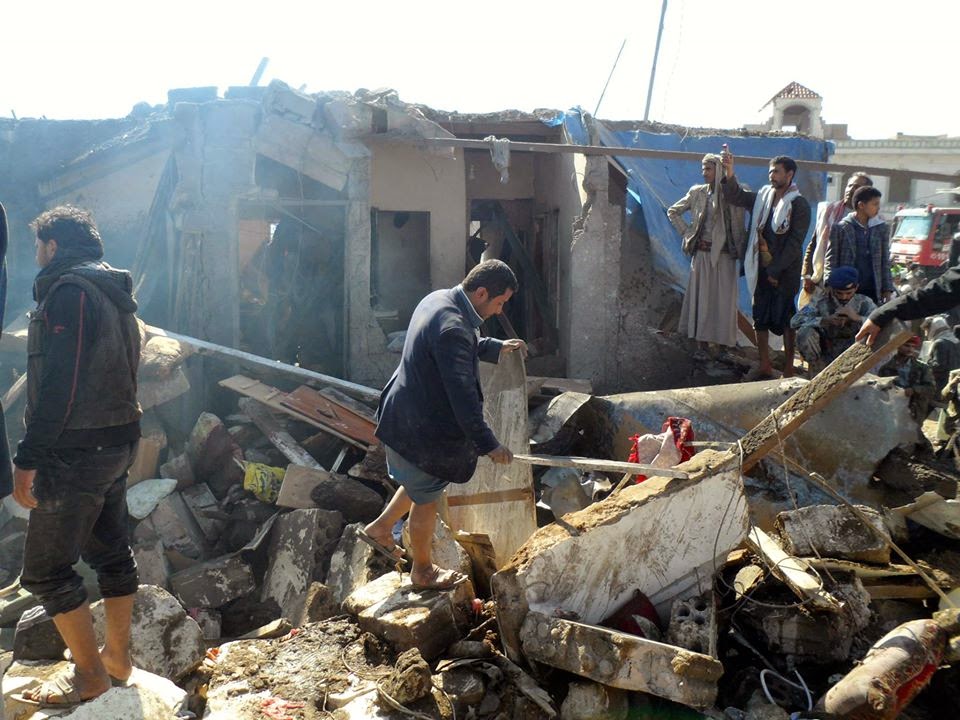