Shadi Khasrouf, one of the civil rights advocates was abducted, physically assaulted and released yesterday.

"Houthi rebels on Saturday allegedly abducted a Yemeni activist in the capital Sana'a after his participation in a rally to call for the expulsion of the group from the city, eyewitnesses said. Activist Shadi Khasrouf was kidnapped by Houthis near a military zone in Sana'a and transferred to an undisclosed location, an eyewitness told Anadolu Agency. "The militants assaulted several protesters and fired shots into the air," the witness said..." reported ME.

Shadi's father wrote on his Facebook wall and described in details the assault on his son, 'Ansar Allah has beaten my son on his neck, face, eye, shoulder. They even bite him...." 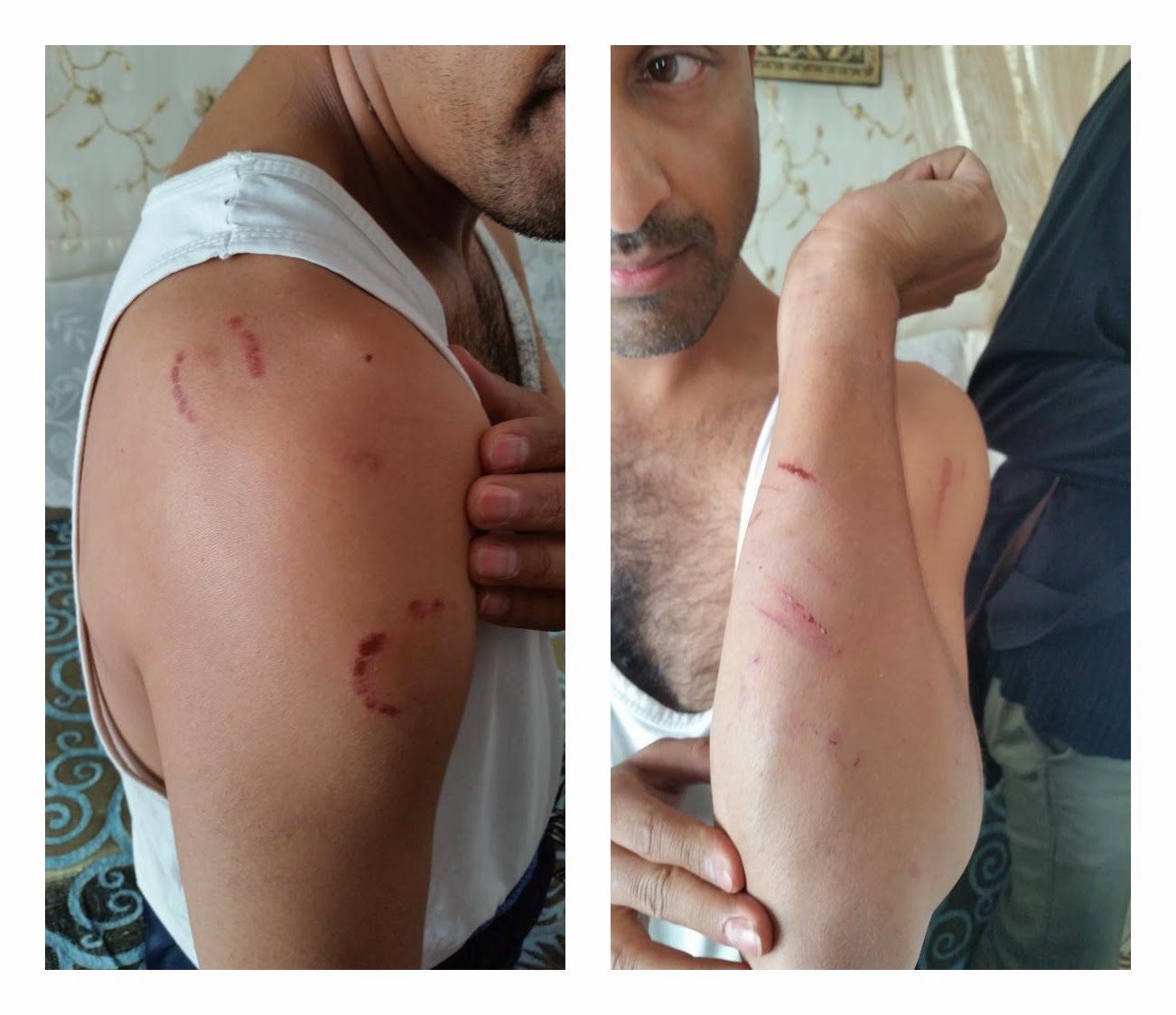 Shadi has been on few Yemeni TV channels and has been writing on several publication, denouncing the militia groups of Al Houthi in Yemen. Before he was abducted he was leading a demonstration calling for the departure of Houthi armed men from the 21st March public yard. The following video of Shadi was taken minutes before he was abducted: