"What happened in Al Saleh Mosque is ludicrous", tweets, Sadeq from Taiz.

Shock and disbelief, then between resentment and joy Yemenis were divided when they woke up today to watch the surprising event. The trio, president Hadi, ousted former president and Gen. Ali Mohsen Al Ahmar attended the Eid Al Fitr prayers at the Saleh's Mosque in Sana'a, today. Reportedly, this is the first time Saleh meets Hadi since the latter has been appointed as a president in 2012.

The joint prayer is believed to be as a "reconciliation prayer" done by Hadi for the two main rivals, Saleh and Mohsen - something that the peace supporters cheered for. 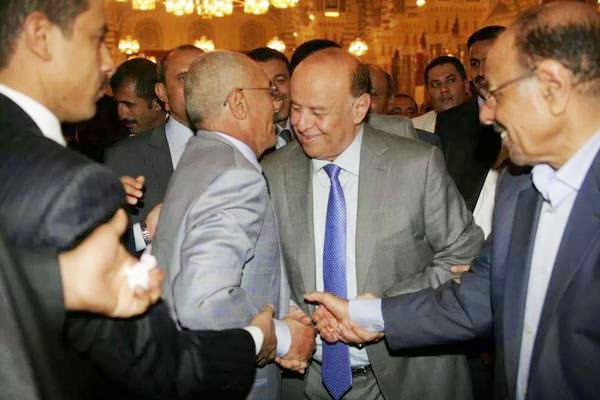 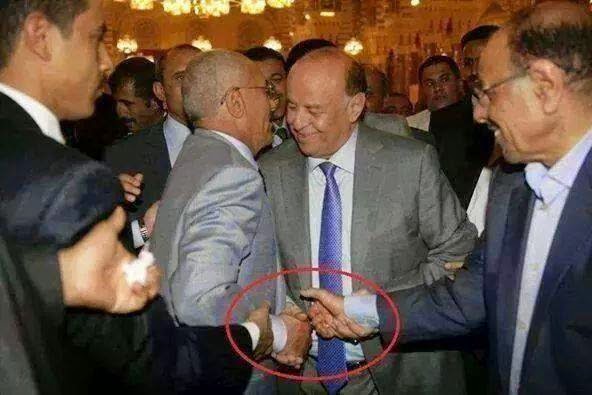 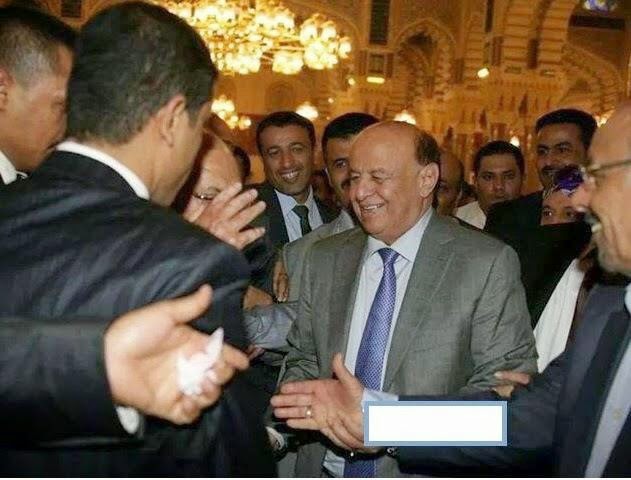 The footages were shocking and disturbing to many, not exactly because peace might be hated. No. It's because the wounds are still wide open. Each political leader of those has already a level of misuse of power in his own field, and their hands are still full of blood. And this is, once again, a reminder of our lost hope for justice following Yemen's 2011 uprising.

In a rosey situation, this would have been a perfect reality. Political opponents having reconciliation and all that bla, bla bla. But, the truth of matter is, justice has not been served yet. Impunity given to those murderers only widen Yemenis' wounds more and more. We need justice. We need to see those murderers behind bars. We need to recognize that Yemenis' blood is no cheap. The UN talks about how wonderful the democratic process in Yemen is and how it should be a model for here and there. What democracy is that built on Zero justice for the thousands who were killed during the revolution - let alone of the previous killings Saleh committed during his rule.

Those political masters have created a perfect plan for people to overlook everything about their right to have justice .. How can the people advocate further for implementing justice and redressing the grievances while the people's main priority is surviving – people have more urgent concerns today. They are worried about the sky-rocking food prices, the fuel shortage, the electricity blackouts, the water shortage and the worsening security situation. Today, the Yemeni's top priority is definitely not holding those criminals accountable.

And Yemen continues to have more politicized Eids, just like this previous one.