Yemen is Resilient Rather Than Happy

-Where do you come from?

-I come from Yemen but I'm a refugee in Sweden for the past three years.
-We don't hear much about the situation in Yemen. So, pls tell me how is the situation back there?

-It's bad. Very. (Then, I pause, thinking of Mahinour,
my Egyptian sweet friend, my comrade, who has just
been sentenced for two years in jail. Why? because
she broke a fucking protest law in Egypt.) Not only
in Yemen but in many Arab countries. So sad..

How on earth a hard core activist like Mahinour ends up in jail while the bitch, Suzanne Mubark resides in a castle?! How on earth a country devastated by never ending wars (Hot & Cold alike) like Yemen feels happy?! 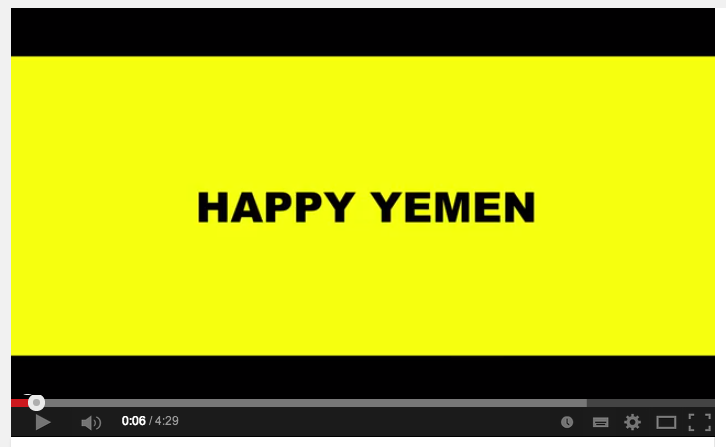 At the moment, there are million explanations why Yemen is not happy, better explained by Iona..


How a Yemeni can come with peace with that? it's good to be optimistic but it's even better to be realistic. And it's important not to glorify a capitalist and imperialist singer telling us how to be happy. I guess happiness exists in Yemen somewhere but it definitely doesn't exist in Seiyoun province, which has been seized last night by Al Qaeda's branch in Yemen. Most definitely, happiness doesn't exist at the heart of the Yemeni refugees, scattered across the globe. Those who were forced to escape war, poverty or/and oppression. Don't be fooled by the fictitious Yemenis in the diaspora, acting very normal! Being a Yemeni immigrant or a refugee sucks. It screws up one's mind. It did to my mind. It's fucking painful and we're definitely not feeling happy. Let alone of how it's the case for the local Yemenis.

To claim that Yemen and Yemenis are happy is a way of being delusional.

The only explanation for how Yemen is trying to walk like a normal person is that it's just very good at being resilient. Yemen feels resilient rather than happy. Yeah, that's the real deal.