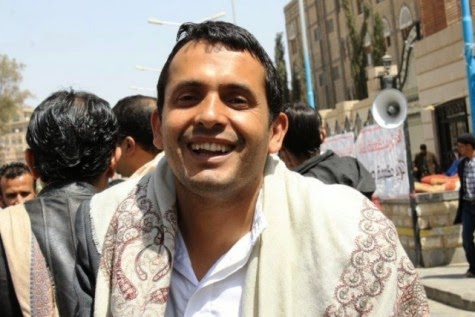 "On 31 March 2014 human rights defender and head of Yemen Organization, Ali Al-Dailami, was prevented from travelling from Sana'a airport. Ali Al-Dailami is the head of Yemen organization for Defending Rights and Democratic Freedoms, an NGO that monitors human rights violations such as torture, political detention, discrimination, and unfair trials.

On 31 March 2014 Ali Al-Dailami was on his way to Jordan to participate in a human rights meeting focused on "Gender in situations of conflict and emergency" when he was stopped by the National Security at Sana'a airport and detained for more than 12 hours after the departure of the plane." - Gulf Center for Human Rights