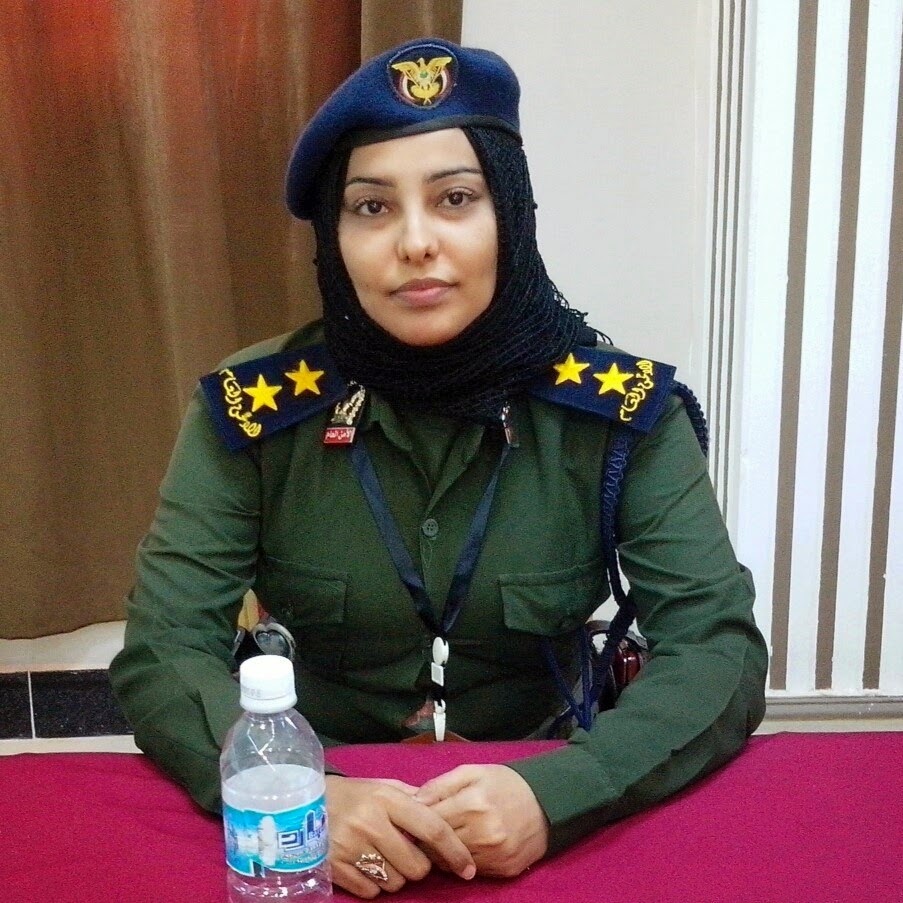 Yemeni Lieutenant first class, Hanan Ja'afar has been released last night from prison, after being imprisoned for one day because she reportedly refused to marry an officer secretly. Ja'afar is one of the few Yemeni women lieutenants and she has been a public figure, using Facebook to share details of her work and experiences, with Yemen's online community.

She firstly wrote on her Facebook page, on 12th March, "I'm now in jail, my friends. Please support me against this man, he has smeared my morals and the director of security has been in his side, unfortunately."A bit later, she wrote, "the director of security jailed me because I complained against Almuhiem and I raised my weapon in front of him in self-defence after he called me names. Please help me!"

Ja'afar was released last night after a number of police officers and others intervened to help her. She named and thanked them all in her last Facebook status here. It's still not confirmed if she was in jail because she refused marrying an officer, but this Yemeni online forum suggests so and also the Facebook status of Yemeni political expert, Nadwa Dawsari-Johnson.