My op-ed for al-Akhbar news website about the current plight for female opinion leaders in Yemen, published in Dec. 10th, 2012. 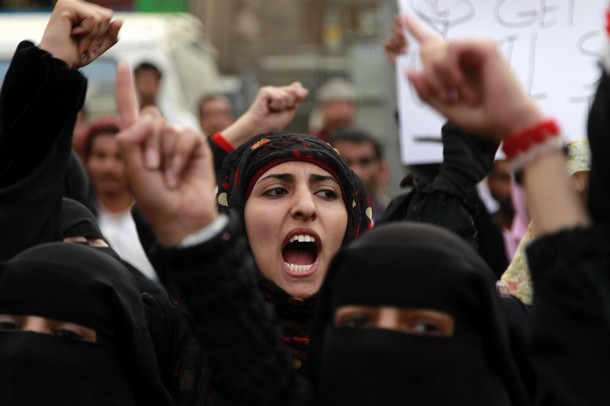 The participation of Yemeni women in the country’s uprising fascinated the world early last year. Yet the uprising also represented simultaneous opportunity and danger for women, especially female opinion leaders.

An opportunity because women had the chance to be empowered. For instance, their parliamentary participation quota is under consideration to be increased from 15 to 30 percent. A danger because of the risk looming over them and the high price they would have to pay for their audacious political stances.

Various factors shape the risks facing women. In a conservative and tribal society like Yemen, the idea of women in leadership roles has always been a problematic issue in the country’s contemporary history. For those women who dare to lead, they face virtual wars as they confront media slander and physical attacks from their opponents.

The women I’m referring to are the ones who carry the heavy burden of defending women’s rights. They were fortunate enough to enjoy a number of privileges and stick out in a country where nearly 67 percent of females suffer from illiteracy.

A number of fortunate women in Yemen have chosen to be active in advocating for human and women’s rights. Typical of a patriarchal society, these women are on the margins of the political stage, their real function is to provide a relatively stable participatory stage for influential figures to take part in decision-making. These women are not only deprived from decision-making power, but also face an increase in aggression for their political stances. 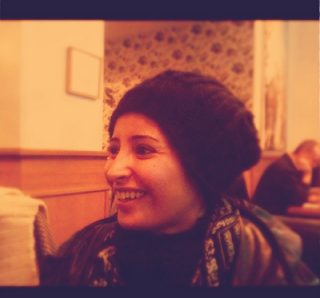 One such woman is outspoken writer Bushra al-Maqtari, who has actively participated in protests and spoken against the atrocities committed during former president Saleh’s regime.

In January 2012, Maqtari wrote a piece that could’ve led to her death. She has graphically described in her writings the savagery that took place in her birthplace and current residence of Taiz province. In that piece, she boldly wondered why God has disappointed the people of Taiz when they were bombarded by gunshots during the ‘Life March,’ a 260-kilometer procession from Taiz to Sanaa on 20 December 2011.

The piece spread like wildfire, and not long ago, conservative Islamist groups headed by the Islah party defamed her and called for her murder. In Taiz’s Freedom Square, members of the party mobilized protesters to march to her home and kill her. Several women of Islah beat Maqtari when she visited the square afterwards.


During a televised interview in Septmeber 2011, the Islamist MP, Sheikh Mohammed al-Hazmi lashed out at Maqtari. He said that a fatwa calling for death would be issued against anyone who blasphemes, including Maqtari.
Maqtari doesn’t live in her house anymore; she has sought protection at her relatives’ homes. In August 2012, she filed a complaint with Yemen’s attorney general over the defamation campaigns waged against her in hopes of receiving an official consideration. Thankfully, she’s alright, but the danger still awaits. 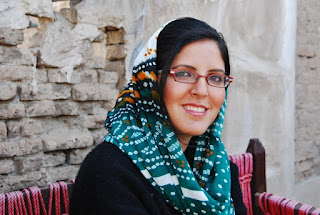 Atiaf Alwazir, a Yemeni-American researcher and activist, has been one of the faces of Yemen’s uprising. She is a citizen journalist disseminating the latest on Yemen’s political and humanitarian situations in the international media. She has raised pressing concerns about the impact of the CIA’s drone strikes against Yemeni civilians.

Just like many other female intellectuals, Alwazir was the target of an online propaganda campaign, led by a male journalist who opposed her political opinions. She was called a traitor and a western spy. Even for a woman respected by many, the attacks against her reputation caused harm.

Hostility against women’s rights advocates has a long history in Yemen. For instance, in 1974, a group of Islamists took over and shut down the Yemeni Women’s Association in Sanaa, which offered basic literary lessons, craftwork training, and radio broadcast training. The association remained closed until it was reopened in 1979 by the late activist Raufa Hassan who, back then, was accused of being westernized and subsequently harassed and threatened by Islamist groups.

The situation for male opinion leaders is hardly better than that of females. Several men have been targeted, such as Abdelaziz al-Saqqaf who was killed in a 1996 car “accident.” Journalist Abdulkarim Al-Khaiwani was imprisoned for several months in 2007 for his critical writings against the military. Journalist Abdelelah Shaye was one of the first journalists to report on the CIA’s civilian-killing drone strikes and accordingly, he has been behind bars since 2010. Journalist Nabeel Subaye openly criticized Ahmed Saleh, son of former president Saleh and commander of the Yemeni Republican Guard, and then faced an online propaganda campaign, attacks on his car and house, and death threats.
Again, the list goes on.

I specifically address the targeting of female opinion leaders because even though female activists played a major role during the revolution, many do not want to continue in these leading roles. The women facing harassment are independent thinkers, closer to the youth movement than traditional political parties. Their struggle is not only to fight marginalization, but also to fight the defamation and threats.

Another crucial reason for my focus on females is the potential for a domino effect. If one female leader is terrorized, then other emerging female leaders could become silent. It’s a distressing reality given the fact that there are no laws or big women’s rights organizations that can defend them. Lawlessness in Yemen harms everyone. However, we feminists can only survive by sticking up for each other and breaking the silence.