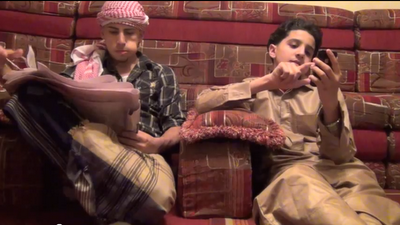 (From "You Know You're Yemeni When.." funny video by True Story SAS)


While ago, I came across one of the funniest video; mimicking Yemeni mothers, fathers and some of Yemen's traditions. It cracked me up! Then, I thought to dig into this and find out about some of the youtube Yemeni "stars". And when I say youtuber, I mean someone or a group who fully produce videos (starting from the screen-writing, acting, filming, editing and uploading) and then posting them on their youtube channels. So, here is my top three Yemeni youtubers:-

★True Story SAS is a youtube channel (in English) for a group; residing in the USA. Most of them come from an Arab origin and one of the members is from Yemen. The Yemeni member beautifully portraits some of Yemen's traditional aspects when it comes to family bonds and how parents treat their children; of course in a very funny way. More precisely, he addresses Yemeni immigrants families' issues in the USA.

The group doesn't only produce funny videos about Yemen but also about other issues. You can follow them in their youtube channel here or their Facebook page here.


★Mohammed al-Wade'ai, 27, Yemeni youtuber in charge of his youtube channel (Ala Ghiry) (in Arabic) who is an illustrator, filmmaker, actor and graphic designer. He resides in KSA where he works as an advertisement filmmaker and graphic designer at a commercial company. Having said all that, it's remarkable how talented he is.

One year ago or so, he made a very funny video right after the "Friday of Dignity". I found that to be so hilarious!

In addition, he mimics Arab TV shows wonderfully. Al-Wade'ai's ambition is to become a professional actor. And I really see him to be an excellent actor, if he had the chance to. You can follow his works at his youtube channel here or his Facebook page here. 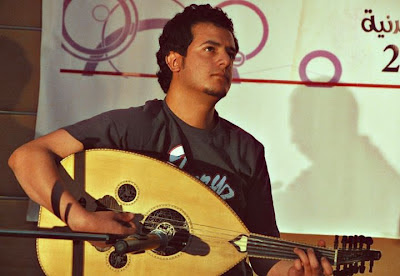 ★Mohammed al-Hijry is a young musician man (residing in Yemen) who is, nonetheless of hardships, determined to realize his passion of playing Oud. He occasionally uploads his recent playing oud videos on his youtube channel.

He recalls, "the first time I saw an Oud was on T.V when I was a kid. Then, I got really obessesed with the sound and the way it looked like . Back then, I had a hobby that's drawing everything I see and I used to draw the oud on the walls and everywhere and whenever I got the chance to do it."

In 2006, al-Hijry bought his first oud but he never told his family. He feared their rejection. Later, he managed to tell them and they accepted him playing oud. Since then, he studies and practices playing oud to improve his performance.

I asked him why does he play oud? "I've been playin the oud since 2007 and I really love this instrument. It simply feeds my soul and my heart," he answers.


Regarding his ambition he states, "I aim to play the oud and achieve the highest levels of this historical music instrument. I aim to study it and improve my performance too. And even make one myself: I have plans to create an oud and be the first Yemeni oud maker."

Al-Hijry has a scholrship from Yemen's Cultural Ministry to study Oud in Egypt soon. You can follow his works at his youtube channel here.