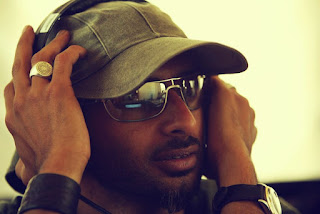 Talking with filmmaker Bader Ben Hirsi inevitably brings to mind the idea of how important role films have in reflecting a society's crucial issues.


As the world celebrates the first ever International Day of the Girl today to end child marraige, British-Yemeni filmmaker and playwright, Bader Ben Hirsi talks about his forthcoming film, Little Brides, which revolves around child marriage issue in Yemen.

Ben Hirsi was only 11 years old when he wrote and directed his first play and since then he has gone on to make a number of notable award-winning films; focusing on the Arab World but for international audiences. Despite having faced numerous challenges when making Yemen’s first-ever feature film ‘A New Day in Old Sana’a' released in 2005, Ben Hirsi is now embarking on yet
another feature film written and directed by him; focusing on Yemen. Fortunately for us, from the Abu Dhabi Film Festival where he is a jury member, he was willing to share his thoughts on storytelling, filmmaking industry in Yemen, and most importantly, his upcoming film 'Little Brides'. 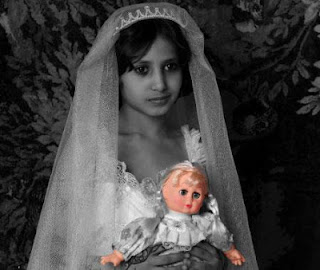 
★Tell us about your coming film, from creating it to releasing it theatrically, to where it's going to be shown at?

For me filmmaking is all about ‘story-telling’ so if there is an important story to be told, then this is what excites me. My next project is a humanitarian feature film called ‘Little Brides’ and focuses on a women’s shelter in Yemen where a group of women help other women in need. We’re hoping to finish the film by late summer for a release end of next year. It’s more of an international independent film than World Cinema, so it is aimed at an international global audience.


★In that women's shelter in Yemen, there are cases of little girls who had early marriages. Why did you want to tackle this issue the most?

I am the youngest of fourteen children and was raised by two mothers and seven older sisters – I have a wife and three children of which two are daughters. When I first found out about the true numbers of Child Marriages I felt my heart physically break – I felt so helpless and would read more stories about young brides and then I would see my own daughters who are exactly the same age – It was a turning point in my life when I suddenly felt obliged to do something about it. It’s not a Yemeni problem at all but a global one with 60 million child brides right now – with the increase in world poverty and the increase in world population, if something isn’t done about this soon, expectations are that there will be another 100 million new child brides in the next decade alone. This insanity must stop.


★What kind of response you anticipate afterwards releasing the film?

I just want to raise awareness to this cause so further efforts can be made to end this, again not just in Yemen but the world over – in fact the Middle East accounts for just 3% of the world’s child brides. As for what response I expect from Yemen the truth is I don’t know. Of course there will always be people for the film and those against; I discovered that last time. But this isn’t about that, this is about something much bigger and that is helping children in need and maybe even raising awareness to the point that lives can be saved – ‘Little Brides’ has become much more than a film to me and is a cause; I’m working with numerous charities and NGOs, as well as some international celebrities who will help raise awareness – Inshah’Allah some good can come of it.


★Why there are no many Yemeni filmmakers? What is the solution to that?

This week I am a jury member at the Abu Dhabi Film Festival and I cover the Emirati film Competition which is open to all GCC filmmakers – it saddens me that young Yemeni filmmakers are excluded in this – I will certainly mention this to the organizers; filmmaking is an art so shouldn’t be made political by focusing only on GGC countries, it should be ‘the Arabian Peninsula’. Yemen has incredible talent and it is very sad that there is no support and no infrastructure to help emerging Yemeni filmmakers. I am thinking of ways to help change this situation but as long as filmmakers in Yemen have no support, then it will continue to be hard for any filmmaker to emerge and in deed survive there. I dream for the day there will be a Yemeni film fund as well as a Yemeni film school – This is one of my life ambitions.


★Since there is no a concrete cinema industry in Yemen, it must be challenging on the financing process. Do you feel there are more funding opportunities for Yemeni filmmakers overseas?

Raising finance is always hard wherever you are. It must be the hardest thing about filmmaking. But raising film finance in Yemen is virtually impossible. You have countries like the UAE, Qatar and even Jordan that offer some financial help to Yemeni filmmakers, but there are also some countries in Europe and even North America. The key here is writing a good script; that always speaks for itself.

Every filmmaker has his or her own voice and style so this is the beauty of filmmaking. The more notable Yemeni filmmakers there are, the better it is for all of us – a bit like Iran which has some incredible talent and got noticed internationally because of several filmmakers from the same country – so if we all work hard then one person’s success is everyone else’s success too. By the way, one other emerging talent you didn’t mention who I believe is an emerging talent as well as Sarah Ishaq and Ibi Ibrahim is Ziryab Alghaberi.


★Whose works from the Arab and international filmmakers you find interesting?

Honestly, everybody’s – I know the amount of effort and determination needed to make a film so I have a lot of respect for every filmmaker. It’s very hard for me to judge and that’s why I’m a bit hesitant to being a member of the jury at the Abu Dhabi Film Festival because I love all films.


★What does inspire you?

People and their personal stories – life fascinates me and no two lives are the same. For this reason I can find inspiration in almost anyone or anything…

★Thinking about Yemen's economic, social and political struggle, do you think filmmaking has a role in solving problems? how?

Absolutely – The medium of film is so powerful and far-reaching. I think the power of film is underestimated in the Arabian Peninsula. Countries like the United Arab Emirates and Qatar are beginning to realize this and hence why they are investing a considerable amount of funds in creating film industries; so when there is a situation or a cause that needs to be addressed, film has the ability to make it understandable to all and consequently changes can be made. I read somewhere that it’s like a society seeing its reflection in a mirror for the first time: it may see something it doesn’t like so can do something to improve it.


★It seems the hinders are immense given the fact that you are a Yemeni filmmaker. How do you wish the world perceive your films? how will you know that your films were successful?

For me filmmaking is all about good story-telling – when you can tell a story well then everybody can be moved by it no matter where they are from. I am a Yemeni born-and-raised in London living in France – the language of film is international and where you come from shouldn’t really matter. What is important is that you can captivate an audience; to me this is what makes a film a success.