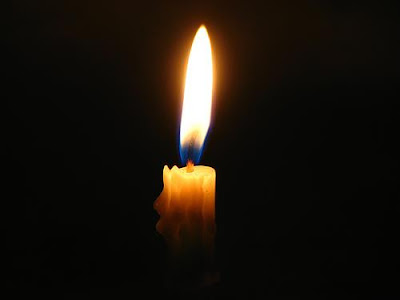 People in Sanaa -and I'm pretty sure around the whole country- have been in the dark, without electricity for five consecutive days. This is torture! I come from a very humble middle-class family that couldn't afford buying electricity generator, so we always used candles. I know very well my struggle with electricity blackouts.

I have always always studied for my school & university exams under the candles' light, since we always had no electricity in Sana'a. When you study under candles' lights, you feel frustrated as your eyes sights get worsening; it's a test of your patience & determination as well.

For me, I always wanted to study no matter what because my mother taught me that education was the key to escape poverty. However, it was nevr ever easy to live in the dark without electricity. It felt like living in the medieval ages.

I remember one day we had no electricity for 24 hours & my lovely sister Amal called the electricity ministry to complain. She told the officer at the ministry, "This is not fair. I need to speak to the president. He gotta fix this. He must get us electricity now!" The officer really thought she was high or something and he was polite enough not to hang up on her. My mother & I were laughing; thinking that she really got crazy because of the frustration.

Bottom line, this is really not fair. We live in 2012 but it seems people inside Yemen live in 1012; lacking BASIC services from the government.

Oh God, I don't know if I can survive living in Sweden; with too much water & electricity while my people have none. It's too much to comprehend. Everyday, when I turn on the lights, I pause for moments thinking - "Why my people in Yemen don't have electricity!!"

Anyhow, I have to share this secret with you about how I managed to blog from Yemen, regardless of the continuing electricity blackouts.

My mother had very close friendship bond with a wife of VERY rich shiek who was our neighbor. This shiek's house had two electricity lines. The two electricity lines were of two streets; when there is a blackout in one street, they switch to the other street's electricity line. (One of my tweeps told me that the blackouts are in all streets these days.)

Basically, they were switching between the two lines; depending on which one was on or off. My mother is a good friend of that shiek's wife. They usually chew qat together and I used to visit them regularly. On one evening, my mother asked the wife if she can extend a line for electricity from their house? Of course, the Yemeni generosity spirit compelled the wife to say, "Yes, sure!!" Accordingly, my mother managed to extend a line of our neighbor and we become electricity-secured house.

If you ever wonder where was my father? I'd tell you my parents were divorced. They seprated since I was 6 yrs old & I always lived with mom.

Back to my secret about how I managed to blog from Yemen; regardless of the blackouts. After my mother managed to secure us electricity.. I was able to be online all the time, being updated of news about Yemen online and being able to report about them on my blog.

Well, for example, I'd be demonstrating the whole day; taking pics & interviewing protesters, & when I get back home; there was a blackout. That was not a problem for me. I was able to plug to "that" electricity line and blog as long as I wanted.

There is an important point I would like to make, I think it's very alarming matter that Yemen has no electricity for many reasons; some of them are: 1- Ansar al-Sharia started using providing electricity to people as a way to make them join them. 2-there are hospitals inside Yemen that don't have electricity and patients are dying because of lacking needed instrument powered by electricity.

And the list is so long .. but recently, Yemeni activist, Majdah al-Hadad initiated a campaign calling resignation of interior & electricity ministers. She basically wrote that they must resign since they are incompetent. I'd surely support that campaign, hoping that things would change for the better, inshallah.

Today, reportedly, there will be a candles march in Sana'a to condemn the continuous electricity blackouts. 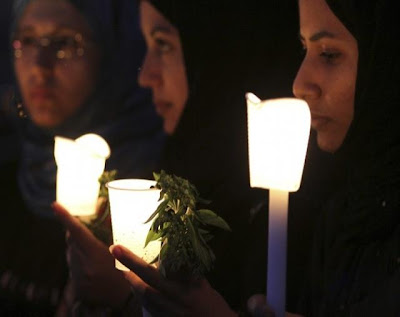 Here is a video of High school's students in Aden studying for final exams under streets' lights due to electricity blackouts in their homes:-

And here is a report done by Suhail TV about electricity blackout in Hudaidah province and its effect on students:-