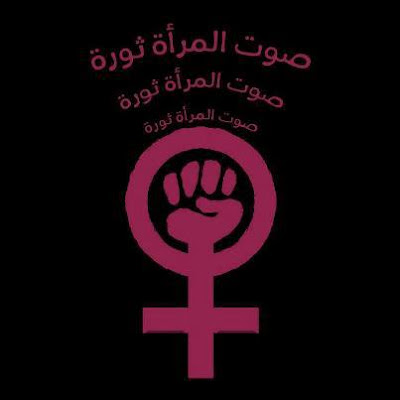 Sarah Ahmed is a Yemeni feminist activist, based in Sana'a. She recently posted on her Facebook page her e-mail sent to New York Times after the scandal of Sheik Hamid al-Ahmar when he mocked female protesters at change square in Sana'a. However, he later denied that. The newspaper has not yet denied or confirmed anything. While awaiting any feedback from the newspaper, Sarah Jamal wrote the following:-

My name is Sarah Ahmed. I am a Yemeni femenist and sociologist. Yemeni activists and female protesters read New York Times article, which you can find in this link (please click here)

his is the part that outraged many Yemeni women, activists and protesters :

"Sheik Hamid al-Ahmar, a member of Al Islah’s political leadership, played down the women’s concerns and explained that the party, which represents moderate to extremely conservative Islamic forces, had changed and become more open.

But when asked about the square, he shifted to a sharper tone: “There was bad behavior, which turned the square into a discotheque! Those women wanted to go hand in hand with their boyfriends as lovers in the demonstrations. This is not right and is against our religion.”

When we all started writing and demanding an apology from him, Hamid Al- Ahmar declared an announcement through his media office last night which says:

First: We strongly deny what was published in the New York Times and other web sites on behalf of Sheikh Hameed Al Ahmar. We consider what was published shameful defamation that is far from the truth and does not go along with journalism ethics as it is not possible to describe the squares that made change and took Yemen from tyranny to freedom with those unacceptable descriptions. In this context, we would like to clarify that Sheikh Hameed did not have an official interview with New York Times. What really happened was a meeting with a Swedish researcher, which was organized by the Swedish Consulate that also sent a representative to attend the meeting. During the meeting, the researcher asked a number of questions regarding the political situation and the events in the Square and the answers were completely altered and modified in a negative way that wasn’t even close to the real answers given during the meeting.

Second: We strongly condemn this shameful behavior that came from a reputable newspaper like the New York Times. We are demanding an apology from the Newspaper as well as the ones who reported that article on behalf on New York Times. We demand an apology addressed to Yemeni heroines who showed courage, patriotism and heroism during the peaceful Yemeni revolution. We also preserve all our legal rights regarding this issue.

Third: Those who became specialized in spreading rumors cannot prove their integrity anymore. Therefore, we feel sorry for all the negativity that some journalists, bloggers and websites have gotten involved in. Fast judgments and pointing fingers with no evidence can show nothing but those persons’ will to seize any chance to harm and take political revenge.

Sheikh Hameed Al Ahmar’s media office emphasizes that Sheikh Hameed was and still a soldier that fights on the people’s side and their revolution. He is loyal to the deep rooted values of patriotism and he strongly stands against any attempts that aim to damage the revolution and its goals.

We kindly ask your help as journalists in the one and only New York Times to help us know the truth of that interview given that we are going to file a suit against Hamid Al-Ahmer and his only way to stop us would be a recording that proves he did not say what was said in the interview. I will be waiting for your answer with all the faith I have in this newspaper that I grew up reading.

Thank you for your time,