No Amnesty for Gross Human Rights Violations in Yemen 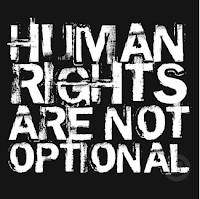 “I have been closely following the events in Yemen, particularly the very contentious debate about an amnesty law to be presented to Parliament shortly,” the High Commissioner said. “International law and the UN policy are clear on the matter: amnesties are not permissible if they prevent the prosecution of individuals who may be criminally responsible for international crimes including war crimes, crimes against humanity, genocide, and gross violations of human rights.”

“Based on information we have gathered, there is reason to believe that some of these crimes were committed in Yemen during the period for which an amnesty is under consideration. Such an amnesty would be in violation of Yemen’s international human rights obligations.”

Pillay stressed that a victim-centred approach to justice is essential to restore stability to a society emerging from a period of violent conflict.

“Victims have the right to justice, to the truth, to remedy and reparation – these are rights that are well-established internationally,” she said. “Any adopted legislation would also need to respect the principle of equality before the law – meaning that there should be no discrimination between individuals who are pro-Government or in opposition and no distinction based on family connections. Every individual who commits a crime is accountable and should not be allowed to escape justice.”