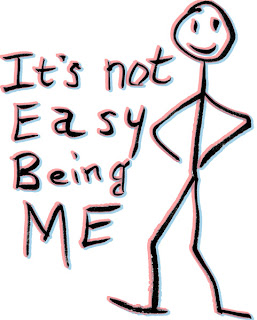 It's not easy to be a female blogger from Yemen writing about Yemen; with your real name and real picture. It's not easy to break the mold and say here I am and these are my opinions weather you like them or not!! I'm surprised of all the hate comments I get because .. I don't know for what reason in specific!

I have started writing when I was 15 years old. I used to write daily in my diaries about whatever I was thinking of. Then, that passion for writing led me to journalism which became my new passion. I had no idea what I was getting myself into when I became a journalist. It's been a crazy and lovely journey. I knew that there were many journalists in Yemen but I wanted to have my own spark, so I was brave enough to write and have my blog with my real name and with my real picture. I was also using social media crazily. Then, interviews poured on me. I guess the international media liked the fact that there was "a girl" in Yemen who was willing to talk to them without hiding her name and picture. Later on, I was under the spot light.

As time passed, I became a blogger with the start of Yemen's uprising in Jan. 2011. Not many people know that I gave my blog all my life during that time. I used to blog daily with more than one post per a day. I was demonstrating at the change square, interviewing people there, taking pictures, then going home, reading more related stuff, and then blogging about the current situation back then. My days consisted of that for the first 5 months. I used not to socialize with "non-revolutionary" friends. I used not to watch anything on TV but news. I used to blog EVERY DAY. I used to blog so much that a week could pass without me taking shower. I even cut my hair short because I didn't have time to brush it.

I had so much support from my cool "revolutionary friends" but I got so much opposition from family and pro-government friends and non-friends. I had fights with family members daily because they were worried about me. They thought I was one step close to be "assassinated". The non-friends were trying to convince me to become a pro-government. They all did what they can to make me stop blogging and being pro-democracy. All their attempts failed. I was and still am a very stubborn girl but I must confess that life felt like hell for me all that time with all the constant pressure against me.

One year later, I look back and ponder on how much I have given from myself for journalism, my blog, friends and Yemen! I realize that I was disappointed by many and many friends but I was very fortunate to have other real wonderful friendships from all over the world. Overall, I have no regrets at all!

What I know for sure at this moment is that, after almost 4 years in journalism, my road is still at the beginning. I'm in Sweden for now, studying and working, and I will go back to Yemen sooner or later. I'll go back more powerful than ever.