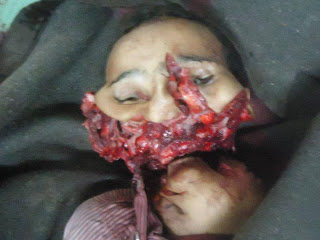 UNICEF in Yemen is following with great concern the armed confrontation that continues in Taiz day after day with a direct impact on the most vulnerable - women and children, despite the power transfer deal signed on 23rd November 2011. During the past four days alone, at least three children have been killed and seven other children have been seriously injured.

Access to basic social services and their availability is becoming ever more limited with both schools and hospitals under attack from the armed forces and groups. More than 100,000 children are directly affected having limited or no access to schooling or health facilities.

“We are greatly disturbed by the confirmed reports of violent attacks on children in Taiz and their increasing deprivation from accessing quality basic social services and the impact on their psychosocial well-being” says Geert Cappaelare, UNICEF’s Representative in Yemen.

“All parties to the conflict have to put the interests of children above all other considerations. No single war is worth the life of a child. Education, Health, Quality Nutrition, Protection and Drinking Water are not luxury goods that can be dispensed with. They are fundamental rights and their fulfillment is critical to assisting Taiz and Yemen to move forward and bring an end to under-development and human suffering,” adds Cappaelare.