Reflection about the Interview with Reuters 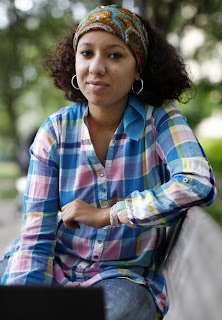 I was interviewed by Reuters yesterday and I really thought it was going to be like any other interview I did. However, the huge reaction I got from readers around the world and Yemen shocked me. Hence, I have very important points to make.

First of all, I’m used to have interviews with the international media about Yemen and I. An average interview could take 30 – 45 minutes and journalists who interview me would take only 6 minutes or write VERY brief about the whole interview. Those journalists only take the part they want to focus on and that’s all what matters to them. If the focus was about me only, that doesn’t mean that I didn’t talk about the overall situation in Yemen. I really really really do speak about almost everything about Yemen and Yemenis. It’s just a matter of what the interviewer wants to mention on his/her article or clip. I have little power over what will be published or broadcasted later.


Secondly, I got comments about me exaggerating my case. I’d like to response that I REALLY REALLY mention all the time how freedom of press in Yemen is not absolute. I say, yes, we do have journalists in Yemen, but once they are outspoken, unreserved, candid AND anti-regime, they face oppression of all kinds. When I’m doing those interviews, I always make sure to mention the aggression, violation and attacks journalists face in Yemen. I swear that I always tell the international media that journalists in Yemen face a huge aggression once they are anti-regime; they face aggression from government and pro-government people. I have no intention of whatsoever to speak about myself. All Yemeni journalists are on mind all the time during those interviews. I do as much as I can but I can’t represent them all. I’m not the Syndicate. I’m just one Yemeni journalist among the other entire Yemeni journalists and I had my share (little share comparing to what the other great journalists in Yemen endure all the time) of aggression inside and outside Yemen.


Thirdly, if I’m seeking an asylum, it’s because I want to live legally in Life; wherever I’m. I didn’t choose Sweden, but Sweden chose me. Before I came to Sweden, I already got threats in Yemen. Then, I arrived to Sweden for one of the Swedish Institute’s programs, and then it was too dangerous to go back. I excessively received threats during the program and I was obliged not to go back. I was traumatized by all the awful news I heard about Yemen from family and friends in Yemen. I left Yemen when all was still peaceful, then things turned to be very violent. For many nights, I couldn’t sleep. For many nights, I did and still cry like a baby for my family and friends, and for me being forced not to go back. I don’t think I did the wrong decision for seeking the asylum. I deserve to be alive and live peacefully. All Yemenis deserve so too.


PS. Gosh! I wish I was a hoax like the “blogger, gay girl in Damascus” so I could save myself all this fuss :)