Death and Celebration in Yemen, a message for Elham 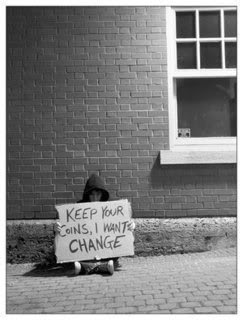 On Wednesday June 8, 2011, pro-Saleh supporters, thugs and members of the military celebrated the President's successful surgery by lighting fireworks, firing guns, machine guns, and heavy artillery, for tree hours throughout most neighborhoods of Sana'a. At first, people did not know what was happening. Many were frightened at the sounds of what seemed to be a war. Some women had a miscarriage, and others with heart problems suffered from heart attacks. State TV first announced the celebrations after 15 minutes, and at first they said that it was only fire works. Many people, like Elham's father, wanted to alleviate their children's fears of the loud noise by assuring them that it's only fire works. “Lets go to the rooftops so you can see for yourself” Elham's father told her. Minutes later, Elham, 11 years old, was hit in the head by a stray bullet. Six days later, she died and this is my message to her.

I just returned from visiting your family to give them my condolences on your passing. The black clothed and tear-eyed women do not normally gather in one room for a girl your age. But today, they are there to remember your innocence, your short life, and your unfortunate death due to the irresponsibility of the government.

Even if the attack was not deliberate, it is the responsibility of the government to keep its citizens safe, and when that doesn't happen, citizens have the right to seek justice. Unfortunately, in your situation, no justice can be served.

The celebrations for Saleh's successful surgery ironically, resulted in a number of injuries and deaths throughout the city. Celebration and death seem to go hand in hand these days in Yemen. No one will be blamed, and no one will be taken to court.

I sat next to your grandmother who told me that in the past “helicopters used to throw candy on rooftops during times of celebrations, but today they send bullets.” She then sighed and said “times have really changed.”

I'm sorry my dear Elham that your life was taken away from you at such an early age.

I'm sorry that justice won't be served. Who can your family sue? No one. During this time, anyone can kill anyone else and blame it on “stray bullets.” The government will do nothing, except maybe honor this act of loyalty.

I'm sorry that you grew up under a government that does not abide by rule of law.

I'm sorry that you grew up under a government that does not value human life.

I'm sorry that your brother and sisters will be forever traumatized whenever they hear of a “celebration”.

I'm sorry for so many things my dear, but I promise you, change will come one day.

Although I never met you, I want you to know, that I am saddened to see you depart this earth. I am sure your spirit will live on forever. You will be the memory that will remind us all to always seek justice.