While I was entering the Change Square, today's afternoon, I really noticed that the tents were empty. "Hum! The guys must have went on a rally," I told myself. Then, I walked ahead till I reached the central spot of the Square and it was only full with female protesters. There was a small number of men at the sides of the Square.

Minutes later, one girl on the stage announced that the demonstrators in the rally are being attacked with gunfire; causing deaths and injuries. Accordingly, ambulances were about to reach the small hospital at the square and everyone started to move away from the center to let the cars come in. The latest news says that around 13 people were killed during the rally and tens were injured.


This is how the Square looked like while demonstrators were being shot dead. 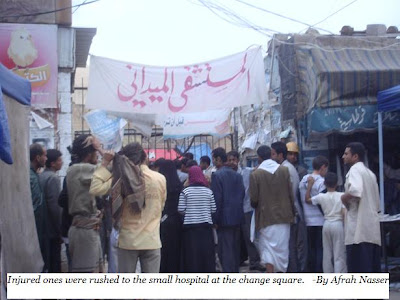 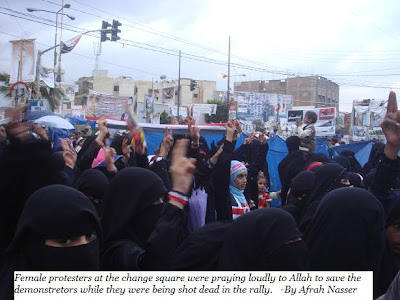