Freedom of Speech is the essence of any national democratic process 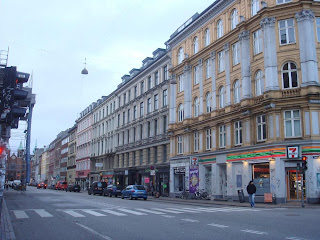 How can a nation progress without pointing at its weaknesses openly and fearlessly? What plants the seeds of democracy inside a nation? How could anyone overlook the importance of media in tackling and answering the mentioned questions?

This is the first part of a series of reports about my participation in Danida Fellowship Course (DFC), in Copenhagen, Denmark. The course is a 4-week interdisciplinary course entitled the “Role of Media in the Democratic Process”. The goal of this course is to increase participants’ knowledge and understanding of the opportunities and responsibilities of the media in a democratic society. 15 participants from came several countries that are with democracy and freedom of the press. Journalists, editors in TV, radio and newspapers/magazines, bloggers and researchers all participated in the course.

Fellows of the program traveled from Afghanistan, Bhutan, Cambodia, Nicaragua, Tanzania, Uganda, Yemen and Zambia. Three Yemeni journalists participated in the fellowship program concerning media relation with forming democracy in a society. It aims to enhance activists, journalists, editors, bloggers and civil society organizations in their capability to form a more verdant and transparent democratic process. 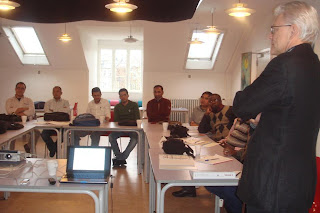 The real value of these reports will be to try to get a Yemeni perspective on Denmark’s political scene and its relation with media as a model for how media could truly exercise a very democratic role in addressing people’s variable needs and convey them to decision-makers directly. 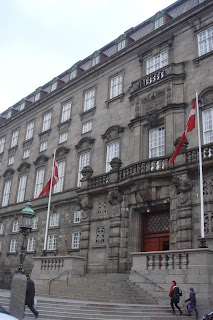 The Danish outlook on democracy

It’s very fascinating that democracy, freedom, and self-expression, in a political way, within media is easily implemented and found. That is to say, democracy in which power is in the hand of people, rule of law, human rights and political liberty is a common culture among citizens. Hence, journalists are people’s investigators and they have the full right to question anything when a flaw appears from any politician. It’s understandable that the most powerful way towards freedom and democracy is through establishing a closer relationship between the public and its decision-makers through media.

In Denmark, journalists have fixed offices in the parliament and unfettered access to ministers and politicians. That’s an embodiment of real and visible democracy. After all, journalists want to serve the public by tackling important issues whether political, social, or economic, and hold the decision makers accountable for their actions. Democracy is not a foregone conclusion, as one Dane told me, “We Danish people worked for more than 150 years to fight corruption and oppression and now we are realizing that dream.”

The wonderful thing about their parliament is the close relationship it has has with press. Heavy media presence is not strange Danish political scene. Media is an investigator and mediator between the politicians and the people. The importance of Media is shown by the fact that journalists are well-respected and have easy access to ministers.

What’s very basic in the democratic process in Denmark is the fact that nothing should limit the right to express, even if it’s assumed that the limitation is to protect public’s peace. As long as human rights are respected, it’s impossible to find limitations against expression. 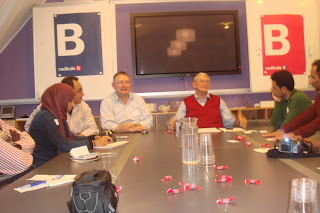 Denmark of all the other European countries has a sensitive diplomatic relations with Islamic countries. The cartoon controversy, when a Danish newspaper depicted the Islamic prophet Muhammad in 12 published editorial cartoons, led to protests around the entire Islamic world, some of which escalated into violence with instances of police firing on crowds of protestors, resulting in a total of more than 100 reported deaths. That was an embodiment of their liberal view on freedom of expression. However, it was a turning point in Denmark’s history. Danish Prime Minister Anders Fogh Rasmussen described the controversy as Denmark’s worst international crisis since World War II.

It’s very common to see Arab people walking down the street and working in different jobs. In fact, there are some politicians who come from Arab origin in Denmark. Girls with hijab walking down through the streets are very common to see. It shows that Denmark has made an effort to integrate immigrants into their society. Many other refugees have turned to Denmark like Somalis.

Temporary conclusion of the course

From the 2 weeks that passed, the main conclusion of the course is the fact that the emancipation of freedom of all its kinds is the key to reforming democracy. Pure and simple, when people’s rights freedom of speech and expression are not respected, there is no way that democracy takes place. A nation should never be afraid to say something controversial. Most importantly, media should be a truthful voice of citizens and convey their issues so they can be solved. 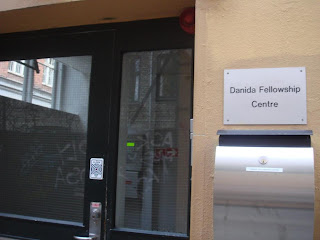 Danida Fellowship Centre (DFC) is a self-governing institution, which manages and implements the Danida supported Fellowship Programme in Denmark and administers research grants for development research.

Denmark, or officially, the Kingdom of Denmark has population of over 5.4 million. Denmark is a constitutional monarchy with a parliamentary system of government. Denmark has a state-level government and local governments in 98 municipalities. Denmark has been a member of the European Union since 1973, although it has not joined the Eurozone.