Yemen through different perceptions: What has the international media reported about Yemen? What does it know now? 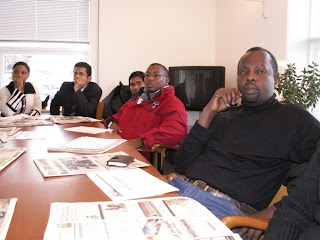 Not long ago, Yemen was unknown to the international media. In the last few years, several terrorist acts across Yemen caused the country to make headlines in the international media. Definitely, it is now perceived negatively and some wonder whether it’s a terrorism haven or not! The most dominant perception about Yemen is that it’s mysterious and little is known about it.

During my participation in Danida Fellowship Course (DFC), in Copenhagen, Denmark, “Role of Media in the Democratic Process” program, it was a great chance to have some interviews with some of the participants who come from different media across the world. I asked them what they knew about Yemen and whether they now know more about Yemen through the 3 Yemeni participants in the fellowship. 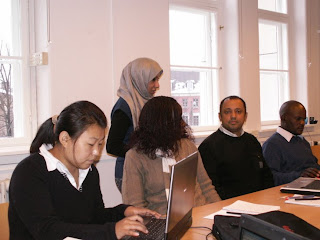 Their answers varied from negative to positive ones. Most importantly, they highlighted some of Yemen’s issues from a non-Yemeni perspective and provided potential solutions. 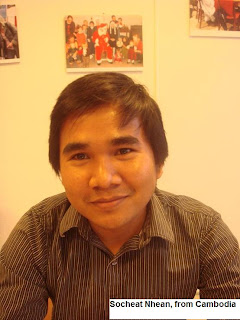 Socheat Nhean, from Cambodia, editor of “Searching for the Truth” Magazine shared his general perception about Yemen and said, “I’ve known about Yemen for some time but recently terrorism is what drew my attention to the news I see, hear, and read about. It’s portrayed that Yemen is a place for terrorists.”

For Nhean, this was the first time he met, talked to, and lived with Yemenis. His meeting with Yemenis helped him to understand the situation better. “You guys definitely changed my mind and helped me to understand more issues about Yemen. After all, I came to a realization that in every place there will always be good and bad people. In Cambodia for example, we don’t have terrorists but we have bad people. That applies to everywhere in the world,” explained Nhean.

He hopes one day to visit Yemen regardless of all the news that defines Yemen in a negative light. I’d love to visit Yemen one day and I’m truly not hesitant or scared to go there.”

Nhean thinks that it’s just a matter of time and joint efforts will help Yemen to better its image. “To dispel the myth that Yemen is a terrorist country, it requires two elements. One is time and the second is joint effort. It will take some time for Yemen to change the negative image of it in the international media. In addition, many countries are jointly working to fight terrorism, like the US and my country and other countries as well. A collective effort from all the countries will be extremely helpful. Step by step we can eliminate terrorism,” said Nhean.

Since not many people know about Yemen in Cambodia, Nhean said, he promised that he would tell all his family and friends in Cambodia about Yemen when he would get back and he would try to provide them with a better understanding. 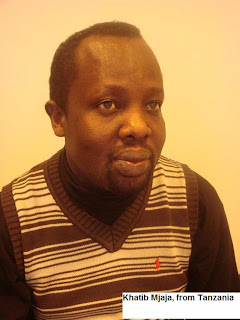 Working as a journalist for 30 years, Khatib Mjaja, from Tanzania also shared his views about Yemen. “I don’t know very much about Yemen but I have some basic information about it. I know that it’s located in the Middle East, it’s an Arab state, most of its people are Muslims and the law is based on the Islamic Sharia’a,” he said.

Interestingly, he finds what’s on the news about Yemen is embellishment. “What’s portrayed in the news is exaggeration. I’m a good follower and I follow all the news. I know how media works. Frankly, I perceive Yemen through the news and I got to see that it’s a developing country; many times it’s portrayed as a terrorist country though. Unfortunately, just because of the terrorist incidents that happened every once in awhile and because of some people trying to carry out terrorist acts, the media portrays Yemen as a terrorist country. However, that’s not true and it’s only propaganda. I’m a journalist and I’m aware of that. We have to analyze what’s between the lines in the media. It’s all under a certain agenda in different categories. What’s the reality is completely different from what’s reported,” explained Mjaja.

He admitted that having Yemeni colleagues during the fellowship made him know better about Yemen and its main issues. “Through the Yemeni fellows I got to know about Yemen’s most cutting issues. Education is a key issue that the country has to work on. It must be developed and eventually decrease the illiteracy rate. Plus, democracy and equality for women are other important issues. Equal and fair laws and regulations for all males and females must be implemented,” he said. 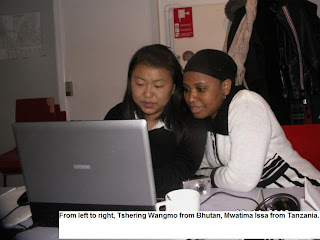 Another fellow, Mwatima Rashid Issa, from Tanzania, is a lecturer at Zanzibar University lecturing in the Journalism and Mass Media Communication College. She had two kinds of perceptions about Yemenis from the Yemeni fellows. “The impression I had from the Yemeni fellows is that there are two types of Yemenis; one is who are trying to have a westernized lifestyle and do things in a very modern way and the second one is who are conservative and want to cling to everything that’s traditional since they are influenced by restriction from their home country. For the latter, that causes a conflict for them,” explained Issa.

She shared her thoughts about media status in Yemen and how it could be improved. “Especially for journalists like us, we clearly and easily point out the drawbacks in our countries and we truly want to fix them. Yemen has issues that have to be brought to the international public regardless of the reactions that Yemen is afraid to encounter afterwards. In order to provide solutions, Yemen has to acknowledge its probles. Most importantly, journalists have to work collectively determined to reflect on those issues and present them to the people,” she pointed out.

“Before I came to Denmark and interacted with the Yemeni fellows, I only knew that Yemen was a Muslim state. Through the program, I got to know more about Yemen from the Yemeni fellows. What really drew my attention is that female professionals from Yemen are coming out and I had the impression that women were really oppressed in Yemen. Having a female Yemeni fellow shows that they are slowly moving away from that,” said Doris Nkunta, journalist from Zambia.

“From the fellows I see that Yemen’s biggest challenge is that Yemenis have to come to accept that women and men are equal. And all the opportunities given should be given to women as well,” added Nkunta. 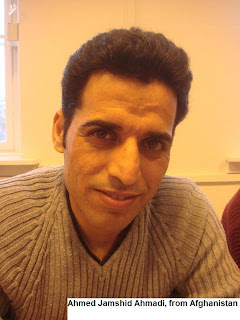 From Afghanistan, Ahmed Jamshid Ahmadi, Head of Public Communication Department at the Ministry of Rural Rehabilitation and Development shared his views and said, “I did know about Yemen but not very much. I’ve never met a Yemeni. Now I know how knowledgeable and humble Yemenis are through the Yemeni fellows. I thought that Yemen was part of the Kingdom of Saudi Arabia but now I know better.”