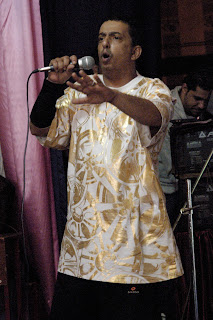 Yemen’s hip-hop hero, AJ Hajjaj Abdul Qawi Masaed will be featured on CNN tonight. He will be appearing on a the Middle East centered program that highlights topics related to Arab and Middle Eastern countries in order to provide a comprehensive understanding of emerging trends. AJ will present a modern and fresh face of Yemen.

According to CNN.com, American born AJ is taking Hip Hop back to his ancestral homeland. “Born in Ohio, in the United States, Yemeni-American rapper AJ has brought hip hop from Youngstown to Yemen in the hope that through the power of music, the country’s youth can overcome the poverty of their land. By spreading a positive message through his music, he wants to offer them a better outlook on life and create a platform for hip hop in the future,” the website also noted.

“It was a mere of coincidence to meet with CNN in Yemen but I was glad to be interviewed by them. It’s always good to receive appreciation from people in Yemen and the international community,” said AJ.

AJ’s new album will be released soon consists of 10 songs. He hopes that people of all nations will enjoy it.