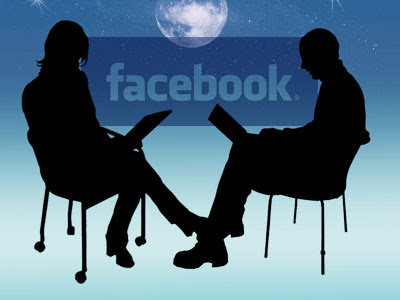 Face to face communication between young men and women is challenging in Yemen. However, they excel at inventing methods to cross societal barriers to satisfy their curiosities. Facebook is a good example of how Yemeni youth take any chance to communicate across gender lines.

One of the latest trends among Yemeni youth is the excessive use of Facebook for social networking, self expression, citizen’s journalism, and dating. Dating in Yemen is considered a taboo and is rarely practiced among youths. However, it does exist and Facebook is a perfect place to date for many young people in the country. 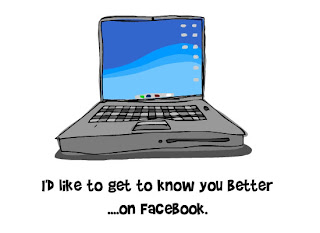 Fundamentally, dating, where two single people get to know each other in the hopes of having a meaningful relationship, is stigmatized in Yemen. The Yemeni method for engagement and marriage is often arranged by families and other people that are considered acceptable by the common societal standard. Families only allow their sons and daughters to have a relationship under the pretext of an engagement and/or marriage.


Regardless, young people find other ways to communicate. Sometimes it is successful and they face their families with their decision or they insist on marrying the one they choose without their families’ involvement.

Dating in Yemen happens in various methods and the latest method is Facebook. Many young adults find Facebook as a great way to look for a potential spouse and meet members of the opposite sex. In some instances, they end up engaging or marrying through Facebook.

Najat Ali, psychologist, explained the reason behind such a concept. “The physiological explanation is that youth have the curiosity to know about the opposite sex, especially in Yemen where there is a great separation between girls and boys beginning in early childhood. This exists for social, religious and/or traditional reasons. Nevertheless, human beings are curious enough to invent ways to communicate. For Yemeni youth, Facebook is currently the answer. There used to be other methods a long time ago but currently Facebook is more popular than any other method.”


On Facebook, girls and boys get the chance to find information, see photos, and chat across gender divisions. “For me, it’s a great chance to get to know the girl I’m dating. I can better understand her attitude and interests from the photos she posts and the groups she joins,” said Osamah Sa’ad, 23. 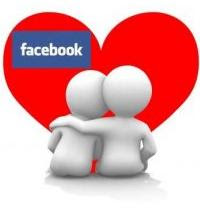 A negative aspect of Facebook is its ambiguity. “I tell all the boys to be careful meeting girls on Facebook. It can be very deceptive. From personal experience, I advise boys to make sure that the girls they are dating are girls in reality. A few months ago, I dated a girl for weeks and at the end I found out that it was a guy, wanting to have fun and humiliate me. I was so upset and it was really silly when I found out by calling to the girl’s mobile number.” said Munir Mansour , 20.

From the girls’ perspective, Facebook is the best and safest communication method. “I dated many guys on Facebook and once I felt that the guy was not my type I easily deactivate and make another account. The positive part of Facebook is that it enables me know our mutual friends between me and the guy I’m dating. It’s funny, I could tell right away if he is cheating on me or not. Our mutual friends would tell me about him and that’s how I know his character,” said Manal Rajab, 19, a female college student.

Interestingly, dating on Facebook can lead to real relationships like engagement and marriage. “I met my fiancé online after dating him for couple months. I owe this to Facebook. We had so much in common, we both felt a strong attraction, so we decided to get engaged,” Rasha Saeed, 21, female college students.

Rasha’s family was against the engagement at first but the couple was determined enough to fight for their relationship and they eventually convinced their two families.