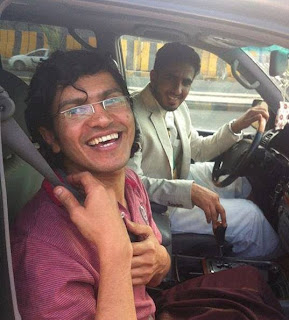 He must definitely lost lots of weight but his smile does definitely reflect his solidity. Yemen's most famous imprisoned journalist, Abdelelah Haider Shaye has been released earlier today after a special pardon from president Hadi.


After nearly three years of detention on a personal request from US president Obama to ex-president Ali Saleh, Shaye was pardoned the one extra year that's part of his 5 years sentence.

Even though Shaye has endured a great injustice for all the unfair accusations he received, his early release is not just a great achievement for Yemen's journalists and activists' continuous and extensive campaigns calling to release him, but it's also a great achievement for the international pressure group focused on Shaye's case. 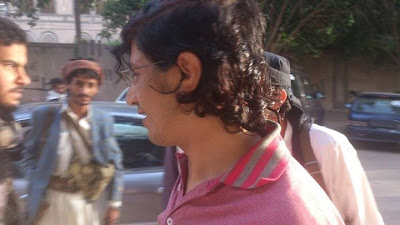