Like in most Muslim countries, yesterday was Eid Aladha day in Yemen. While it's a chance to celebrate another Islamic ritual occasion, it was another political battle ground for different parties in Yemen.

Here is president Hadi greeting several visiting groups to his palace, in the occasion of Eid Aladha:

And here is former president Ali Saleh also greeting several visiting groups to his palace in the occasion of Eid Aladha:-

Mind you, the link states (Alza'eem) Saleh, meaning the boss Saleh, referring to his position as the head of the GPC party.

And here is a televised, by an anchor, speech for Abdelmalek al-Huthi, the leader of the Shi'ite group in Yemen, Al-Huthies, on the same occasion where he fires irritating statements against different groups internationally.

You might have an idea about how the mini-media-power-struggle is in Yemen, which could be measured on reality too. Plus, isn't interesting to see how diverse is media outlets in Yemen are? (I'm being sarcastic here)

Forget about all that, what really matters is how the PEOPLE see this Eid. Usually Eids in Yemen are celebrated with lots of buying goods and one must have a high budget of that. Since Yemen is going through tough times economically speaking and poverty line is sky rocketing, Yemenis do their best to stay resilient.

In Aden city, hundreds gathered yesterday to mark the Eid Aladha day. It's very clear with the secession flag that their gathering was a chance to voice out their political statement. 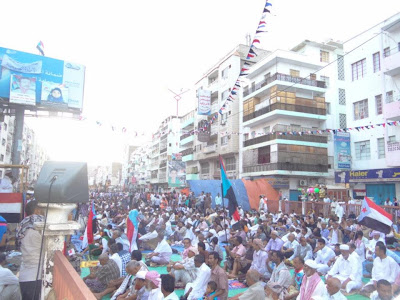 In Hudaidah, hundreds gathered to mark the day too, with an colective inthusiasm regardless of the economical hardships this very city endures.

Last but not least, in Sana'a, several people gathered at the grave yard where martyrs (the protesters who got killed during the uprising) were buried. The pictures are very moving and tell about the great grief most of those families in Yemen have. Eid should be an occasion where beloved ones get to gether and it's definitely heartbreaking to spend another Eid without their loved ones. Kudos for all Myrtyres! 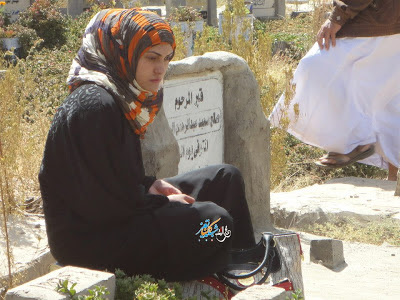 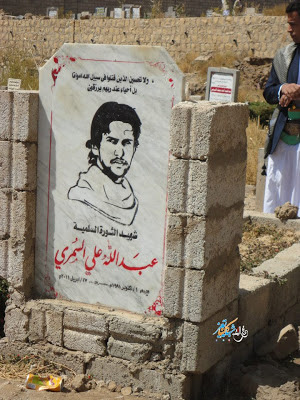 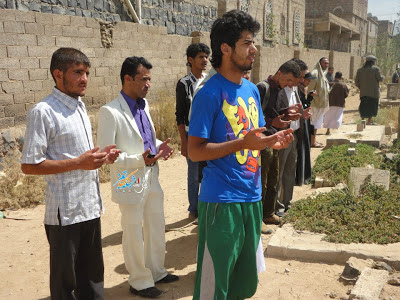 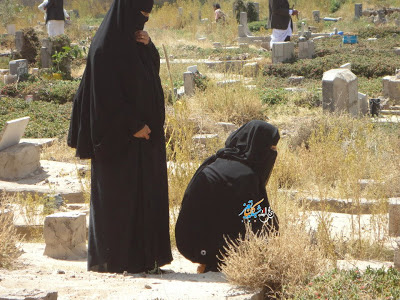 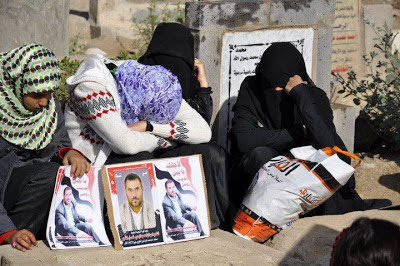