The National Organization for Defending Rights and Freedom; Hood organization’s office was set on fire early morning of yesterday; causing the loss of one of the greatest documented files of human rights violations archive in the country. 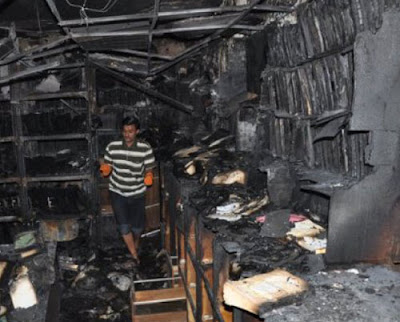 The act was caused by unknown source and there are conflicting reports that it was caused by electrical problems at the office or by an unknown group from the Yemeni regime’s thugs.
Yemeni lawyer; working at Hood Org., Abdulrahman Berman stated that, “I don’t exclude the notion that the fire was caused because of the organization’s work in which it focused on the regime’s crimes against human rights and the org’s will to file cases against the regime’s crimes at the international courts.”

“The fire burnt more than 6 thousands files among them there were very rare legal books that were regarded as reference for researchers and higher studies scholars in laws. In addition, 5 thousands files of human rights violations sponsored by Alaw organization for 20 years were burnt,” he added. 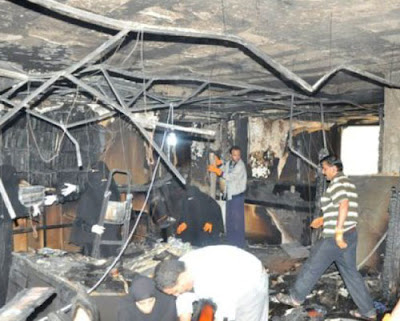 Alaw is one of the leading organizations on advocacy and legal consultants in the country and works in close connection with Hood.

An investigation has been started to find out the reasoning of this incident; after Hood reported to the security authorities about the incident.
On July 11, Berman stated that a group of Yemeni and Europeans lawyers commenced mobilizing a file in the international criminal court against Yemen’s regime for the killing of demonstrators at the change squares across the country.

Here is a video taken on last April where Berman talks about violations against human rights in Yemen during the uprising and he calls on the entire international community not to keep silent about Saleh’s crimes against Yemenis.