Yemenis' fight for their future 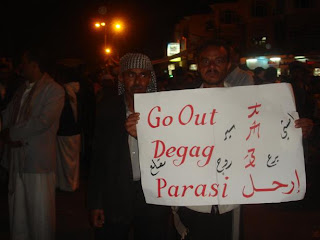 It’s a very critical situation Yemen is going through these days. Every second, new major developments are occurring around the country. Since my last visit on last Thursday, lots of changes happened at the “Freedom Square” in front of Sana’a University and around 4 people were killed in Aden in clashes between protesters and Yemen’s security forces. Moreover, key tribes joined the protesting movement and demanded ousting president Saleh.

I just got back from the “Freedom Square” couple hours ago and it was really sad the scene I saw. I saw more and more men with beards protesting which I didn't see on last Thursday. This means Islah party followers are currently having a heavy presence at the Square. Their tents were multiplied provided with laptops and flash-disk-internet (that’s very expensive for the average Yemeni).

However, the committees from the ordinary people are still there but the heavy presence of Islah party is very clear. In addition, it was clear that there were many stages for several groups to give their speeches; whereas on last Thursday there was only one stage! It’s a very dangerous situation and many influences are getting involved.

The saddest part for me was that there was a Qat market where protesters could easily buy Qat. It’s not really known who brought the Qat dealers but they were there in a huge number; sitting and selling Qat to protesters. Overall, it was noticeable that the number of protesters was multiplied and it was crowded than ever before.

Yemen is in a very delicate situation now; and it really feels like Yemen is in a cold war within itself. Honestly, I believe, we, all the Yemenis are fighting for our future; whether make it a bleak or a bright one.


Here are some of the photos I just took;- 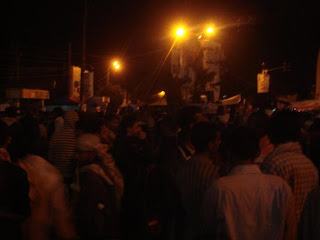 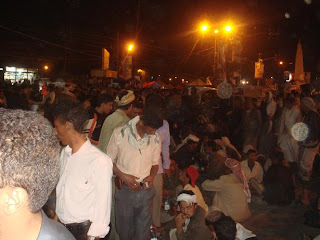 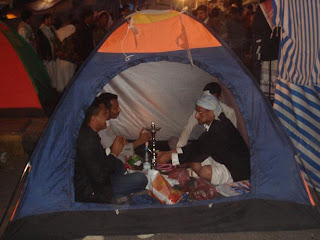 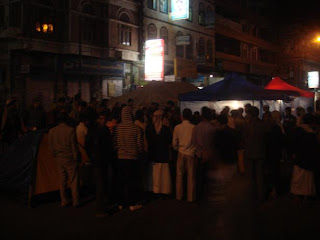