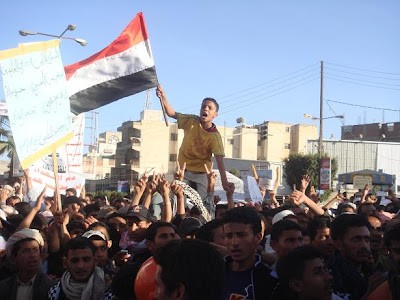 Celebration of freedom of expression and witnessing people’s power! That’s what I was part of, two hours ago. Hundreds of protestors continue their huge nonviolent sit-in protests at the “Freedom Square” at Sana’a University; chanting “Saleh, go out!”, “People wants you to step down”. They have been gathering for around two weeks, demanding the ousting of president Saleh. Frankly, it’s a celebration of Yemenis claiming their right to SPEAK OUT FREELY!

It’s usually reported that Yemenis are armed, illiterate and not civilized; meaning they would go nuts and start chaos if there will be no one to control them. However, what I witnessed in that protest area was completely contrary to what’s stated on the news or what’s being stated by the governmental officials. For me as a woman; facing harassment everyday in Yemen’s streets; the protest area was the safest place for me. With all the protestors being there it felt like home. There is a great sense of belongness to each other by all the people there. Plus, the protestors have already established several groups to organize and deal with issues related to security, cleaning, speeches,,etc at the place.

Once a visitor comes near the place; a committee of ordinary citizens is in line to check people entering and make sure they are not armed. This procedure was made by the ordinary citizens (not policemen ) as a sign of solitude in fighting any potential harm or chaos happening in that place. Moreover, a committee of ordinary people was made to clean the place and there are many committees were established and are being established for many purposes.

What was really interesting that today was Thursday and many grooms –who happened to be getting married today- came to the “Freedom Square” to share their joy with the protestors who also gave them the greatest cheers. Singing, dancing, chanting, delivering speeches, and more are what forms that place now. It’s so lovely! Yes, it could get scary when the pro-government supports come to the place and start the clashes, but the true Yemenis who demand better future would never do the clashes.

Yemen deserves a better life and a better future for its entire people and mainly for its young generation who forms more than half Yemen’s population. Long live Yemen!


Here are some of the photos I just took from the place; 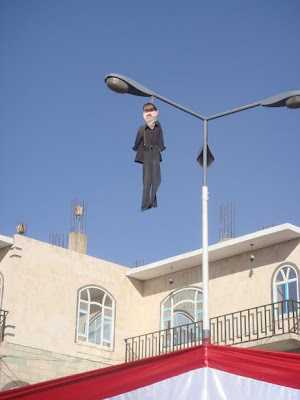 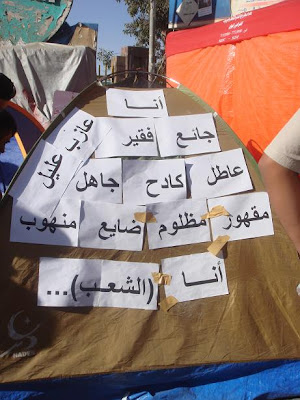 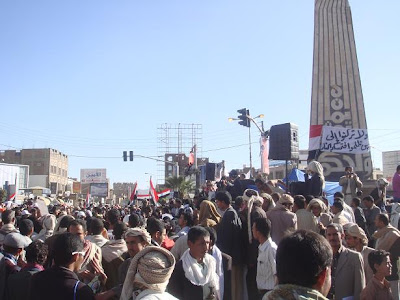 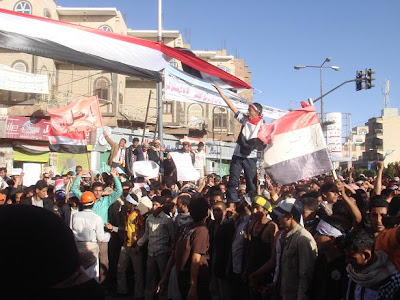 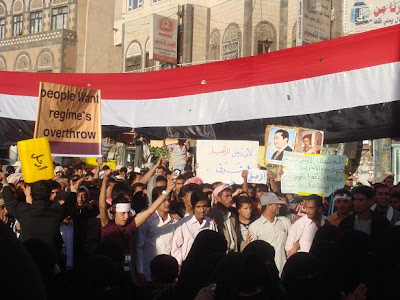 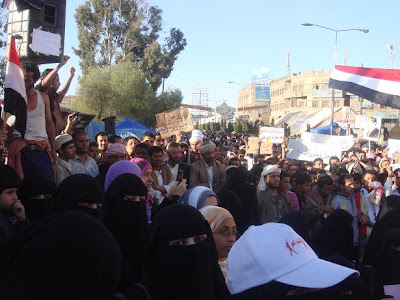 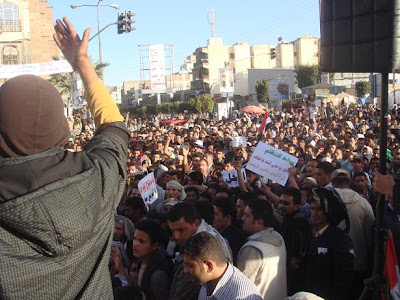 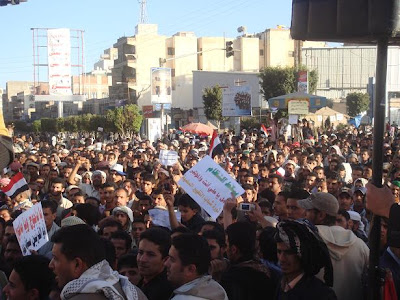 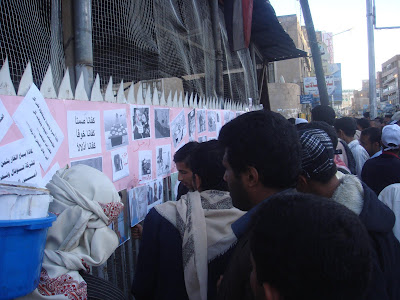