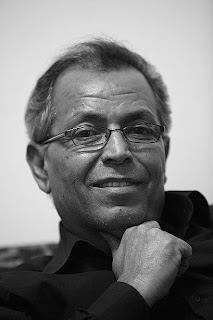 He exhibited some of his extraordinary photography work at Kawn Atelier in Sana’a, today. In a slide show presentation titled with “An eye and an imagination”, he exhibited several photos that he took for various Yemeni faces and natural landscapes across different parts of Yemen. Some of the photos aged of 30 years ago, noting his great long path in photography in Yemen. His work is believed to be the finest documentation of Yemen through photos. 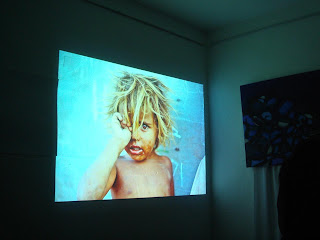 Aman al-Nasiri, Kawn Atelier’s founder expressed her delight to have the gathering under the umbrella of al-Ghabri’s presence and work. “He’s the godfather of all the photographers in Yemen. His talent makes him with no question a school of photography in Yemen,” said al-Nasiri. 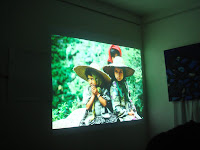 The presentation title, “An eye and an imagination” was decided because of that fact that al-Ghabri’s photos show how a photographer’s camera could transform a scene into an imaginary picture. His work is well-known for its magical appearance that has been based on real and authentic scenery. “His works leaves the viewer in a confusion of whether they were artistic works or just simple photos. He focuses on real people’s faces like no one else has done ever before. That reveals his close connection to his community and country. In addition, his sons, Zeriab and Ameen have inherited this great talent and moved their father’s photography movement into a modern one,” added al-Nasiri. 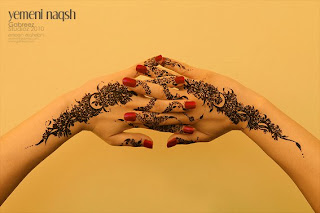 Abdulrahman al-Ghabri’s two sons provide a new and fresh line of photography in Yemen, exhibiting in several photo exhibitions for the past few years. During the presentation Ameen al-Ghabri also included some of his and Zeriab’s works, showing photos from Yemen and the United Arab of Emirates.
“Our country is full with beauty and magnificence that’s not discovered yet. It’s young Yemeni talented artists’ responsibility to put that beauty into light to the whole world. I can’t stress enough on how there is so much beauty in Yemeni faces and landscapes across Yemen that await artists to present them to the whole world. I encourage youth to produce creativity from the undiscovered beauty of Yemen,” pointed out Abdulrahman al-Ghabri.