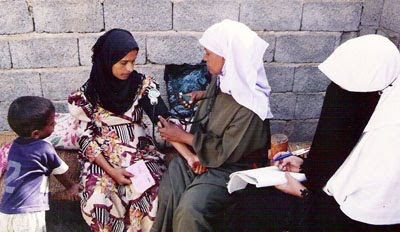 Bangkok, Thailand- Jan. 28, according to Save the Children organization’s latest statistic related to child mortality rate, 8 million children will die this year because they didn’t have access for simple health services and due lack of quality health workers in those children’s countries. Mostly, %99 of those children is from developing countries around the world.


During the Second Global Forum on Human Resources on Health in Bangkok (25-29 of January), Save the Children organization’s Asia Strategy Director, Mr. Ben Philips revealed in one-on-one interview the magnitude of the issue that’s mainly attributed to lack of improvement in policy-making and lack of quality health workers. In order to reach the United Nations Millennium Development Goal 4 (MDG 4), that’s to reduce child mortality and calls for a two-thirds reduction in the mortality rate among children under five between 1990 and 2015, more attention must be given to policy policy-making and providing quality health workers.


The Second Global Forum on Human Resources for Health, being convened in Bangkok (25-29 of January) by the Global Health Workforce Alliance, the Prince Mahidol Award Conference, the World Health Organization and the Japan International Cooperation Agency, supported by many other agencies calls on renewing efforts to prevent and control child mortality that could be easily implemented by training, empowering and investing on health workers around the effected countries.

Health workers are the most fundamental base of health systems. However, the world is faced with an unceasing shortage - an estimated 4.2 million health workers are needed to bridge the gap, with 1.5 million needed in Africa alone. The critical shortage is recognized as one of the most fundamental constraints to achieving progress on health and reaching health and development goals.