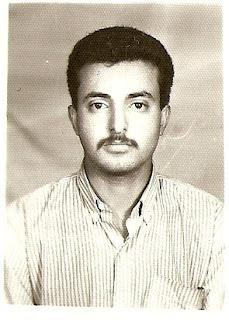 Media Women Forum (MWF) held a demonstration in front of the Attorney General’s office in Sana’a to demonstrate against demolishing the freedom of expression after journalist, Mo’ath al-Ashhbi and many others were sentenced to jail.

Mo’ath al-Ashhabi was sentenced to jail last January for one year after writing an article in a cultural newspaper. Members of Parliament thought the article was disrespectful to Islam.

This demonstration occurred after MWF held a supporting conference last week, where many Yemeni journalists showed up to call for freeing al-Ashhabi..

At the conference, imprisoned journalist al-Ashhabi’s brother, Aqeel al-Ashhabi and imprisoned journalist’s lawyer, Abdul-Aziz al-Bagdadi attended. “My brother is in jail simply because he took a pen and expressed his opinion. While we call our country a democratic one, does one expressing his opinion considered a crime? This sentence is unfair and it is a violation against our right for freedom of expression,” said Aqeel.

Al-Bagdadi said that the illegally-based sentence of al-Ashhabi is a dangerous matter. “This is a kind of terrorism for intellectuals in our country that only exist in Yemen. The reasons the judge took into consideration are nothing related to court and judgment system,” said Abdel-Aziz.

“Mo’ath was taken to prison after he attended the first trial at an initial court and that’s unjustified and out of the laws’ systems. His sentence is unjust and against the regulation 47th of Yemen’s constitution, “ he added.

“Mo’ath was severely victimized just because he doesn’t belong to a party or a powerful direct side. Our support for him, and the many cases like his, come from a strong belief for freedom of speech and expression,” stated Fakhria Ali, the Executive Director of the Media Women’s Forum.